What Is PrimoCache?
PrimoCache is a software caching solution that cooperates with system memory, solid-state drives (SSDs) and flash drives to accelerate relatively slow storage devices. It transparently stores disk data into faster cache devices such as system memory and SSDs, so that future read requests for those data will be served directly from the cache and be faster. Thus access time will be reduced, showing a great improvement in the system reading performance.

Load Apps and Data Faster
Effectively cache your frequently used applications, documents and other data into faster storage devices, accessing them at up to RAM-like or SSD-like speeds. Make your computer more responsive for creating, gaming and producing, with less boot and load times.

Accelerate Writing
Complete write requests very quickly by temporarily storing incoming data into RAM or SSD storage first and writing them back to target disks later. Enable your computer to handle heavy or stream write IOs, while reducing writes and wear on disks. 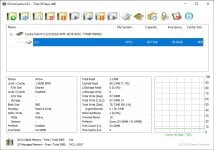 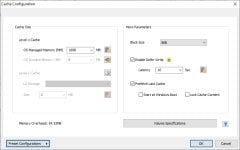 It's the only software I trust to tweak my laptop.
Reactions: venustus, dinosaur07 and roger_m