The monitor measures 32 inches and runs a 1000R curve like its Odyssey G9 and G7 brethren. The display itself uses a Quantum Mini LED panel that uses pixels 1/40th the size of a traditional LED. The feature improves the display's capability to produce deeper blacks for a more immersive experience.

The display's peak brightness is incredibly bright at 2,000 nits, which should be more than enough for HDR content. Contrast levels measure at 1,000,000:1, one of the highest in the industry, thanks to the screen brightness control in 4,096 steps. Connection inputs include two HDMI 2.1 ports and a single DisplayPort 1.4 output. This configuration will let consumers take advantage of the latest gaming consoles, such as the PlayStation 5 or Xbox Series X.

Aesthetically, the monitor looks like a smaller version of the Odyssey G9, featuring the same white-themed aesthetic with black accents. We believe a blue LED ring should be RGB illuminated to the middle.

The CoreSync feature automatically synchronizes the RGB lighting on the rear of the monitor to the content on the screen. On the other hand, the Auto Source Switch+ feature switches to the source of the connected device.

Samsung has not revealed pricing just yet, but you can bet it'll be costly thanks to its large resolution and 240 Hz refresh rate.
Click to expand... 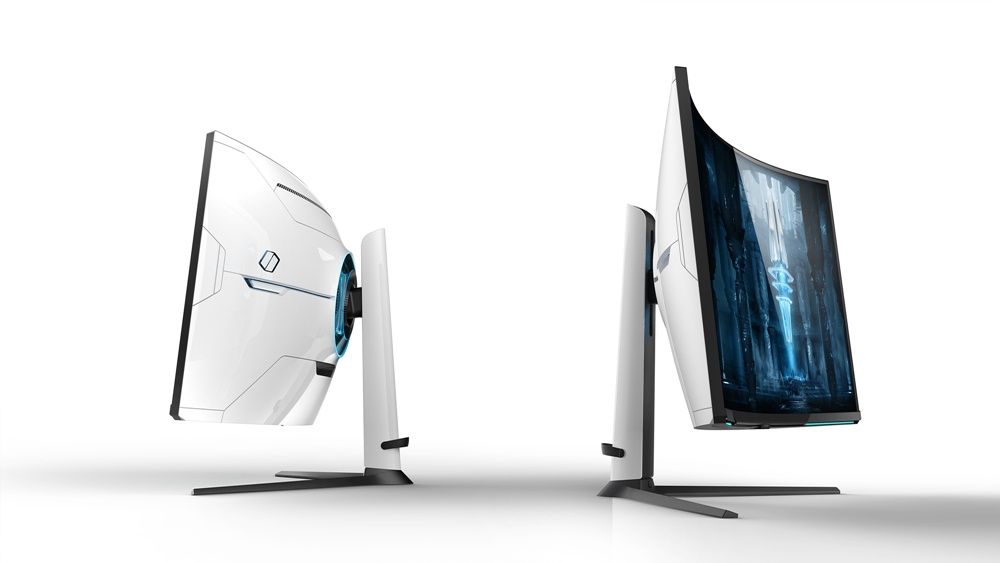 www.tomshardware.com
Reactions: Venustus, show-Zi, CyberTech and 4 others
You must log in or register to reply here.