The web has veered away from its original purpose, suggests Sir Tim Berners-Lee 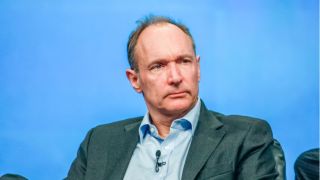 Sir Tim Berners-Lee, the inventor of the World Wide Web, has called for a tighter focus on addressing the imbalance of power on the web.

Speaking to Fujitsu CTO Vivek Mahajan at the company’s ActivateNow Summit, attended by TechRadar Pro, Berners-Lee suggested his creation has veered away from its original mission.

“The vision was that the web should be for anything and anyone. The fact that it would be independent of computer, network and language was really important. But we need to make sure users have a web that is actually useful and constructive, and there are lots of things we need to fix,” he said.

“Right now, people’s data is being used for inappropriate purposes by large companies, in order to understand and manipulate them. Another problem is that all my private data is stored by online platforms and stuck in silos, so I can’t really use it. We have a lack of empowerment of the individual.”

Berners-Lee’s solution to these problems is a commitment to building what he calls Solid Pods, decentralized data stores that offer users granular control over who is given access to their private data.

This is the objective of his company, Inrupt, which is partnering with enterprises and governments to expand access to Solid Pods and establish systems founded on mutual trust.

In an ideal world, says Berners-Lee, the individual has the power to utilize the entire data spectrum (which ranges from publicly available data one one end to private information like medical results on the other) and control which data is shared, and with whom.

“When everything is set up on the basis of trust, the user will also share more powerfully; they will share their data not only with doctors, but also with researchers working on cancer treatments, for example. It’s a system based on intentional economics, driven by the intent of the person who wants to do things,” he explained.

He also says it’s time that smartphones, tablets and other devices are put to work for their owners, as opposed to the companies that manufacture them or develop the operating system.

“When asking a device who it works for, the answer should not be: ‘a large company milking you for all the data it can get, to trap you into buying things you wouldn’t otherwise buy’. In the future, the answer should be: ‘I work for you, I’m your agent’,” said Berners-Lee.

“When we go looking for things to buy on the internet, or deciding how to spend the day, the device needs to have the user’s best interests in mind. Our technology needs to work for the individual.”

Although the scale of the problem is sobering, Berners-Lee says he is optimistic about the maturation of the web, which he hopes will become a more collaborative space built around the interests of the individual.
Click to expand...

Last edited by a moderator: Jan 20, 2022
Reactions: cryogent, Gandalf_The_Grey, Venustus and 2 others
You must log in or register to reply here.