Valve just announced the Steam Deck, its long-rumored Switch-like handheld gaming device. It will begin shipping in December and reservations open July 16th at 1PM ET. It starts at $399, and you can buy it in $529 and $649 models as well.

The device has an AMD APU containing a quad-core Zen 2 CPU with eight threads and eight compute units’ worth of AMD RDNA 2 graphics, alongside 16GB of LPDDR5 RAM. There are three different storage tiers: 64GB eMMC storage for $399, 256GB NVMe SSD storage for $529, and 512GB of high-speed NVME SSD storage for $649, according to Valve. You can also expand the available storage using the high-speed microSD card slot.

The Steam Deck has a huge number of control options. There are two thumbsticks, but also two small, Steam Controller-style trackpads beneath the thumbsticks, which could give you more precision for things like first-person shooters. The front of the Steam Deck also has ABXY buttons, a D-pad, and a 7-inch 1280 x 800 touchscreen for 720p gameplay. The device also has a gyroscope for motion controls.

Like the Switch, it has two shoulder triggers on each side, and there are four back buttons (two on each side) as well as built-in microphones.

Here’s a legend to all of the Deck’s ports and controls:
Click to expand... 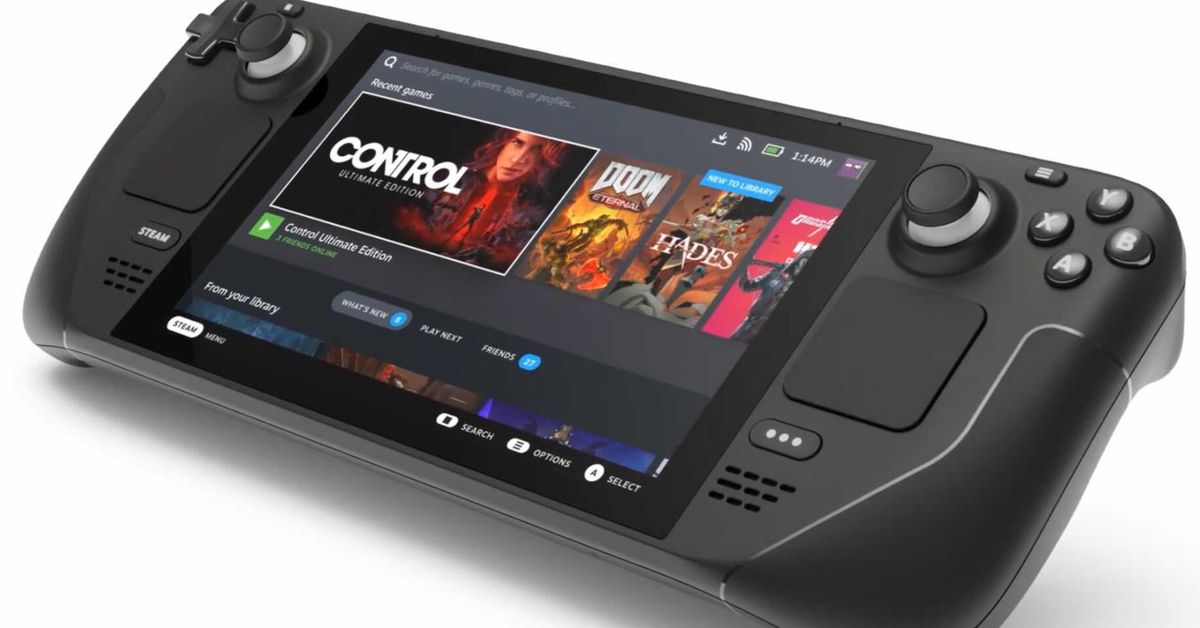 Play your Steam library on the go with the Steam Deck.

Reactions: Venustus, CyberTech and harlan4096
You must log in or register to reply here.