In the first quarter of 2022, the Top 10 fabless chip designers increased their cumulative sales to $39.43 billion, or by a whopping 44% year-over-year, according to TrendForce (opens in new tab). Qualcomm and Nvidia continued to remain on top of the list, but AMD — now in the fourth place — is slowly but surely increasing its sales and has all chances to become the third largest fabless chip designer in the coming quarters.

Being the world's leading supplier of smartphone SoCs and RF modules, Qualcomm enjoyed the natural growth of these businesses in Q1 2022. In addition, the company experienced growth in its automotive and IoT sales, so Qualcomm's earnings for the first quarter totaled $9.548 billion (excluding its licensing business), up 52% from the same quarter a year ago.

Nvidia continued to benefit from the growing demand for discrete graphics processing units for client PCs and datacenter GPUs for AI and high-performance computing applications. Hence, its revenue for Q1 reached $7.904 billion, up 53% annually. By contrast, Broadcom was not that lucky, so its sales 'only' increased by 26% YoY to $6.11 billion.

AMD replaced MediaTek from the No.4 spot in Q1 mainly because it added Xilinx sales to its revenues. Still, AMD's CPU and GPU sales significantly increased in the first quarter due to strong demand for high-performance processors and graphics cards. As a result, AMD's earnings exceeded $5.887 billion in Q1 2022, up 71% from the same quarter last year. Once the company adds Pensando to its results and ramps up production of CPUs, GPUs, and console SoCs due to seasonality later this year, it will probably outpace Broadcom in terms of earnings. It will become one of the world's Top 3 fabless designers of chips, a landmark event for a company that almost went bankrupt about half of a decade ago. Of course, it remains to be seen how smooth integration of Pensando and Xilinx will proceed, but for now, the sky is blue for AMD. 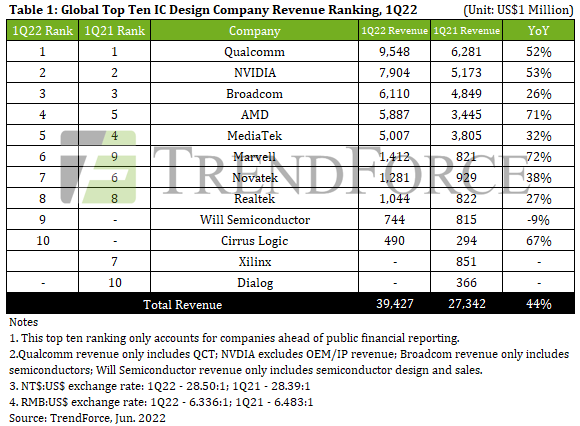 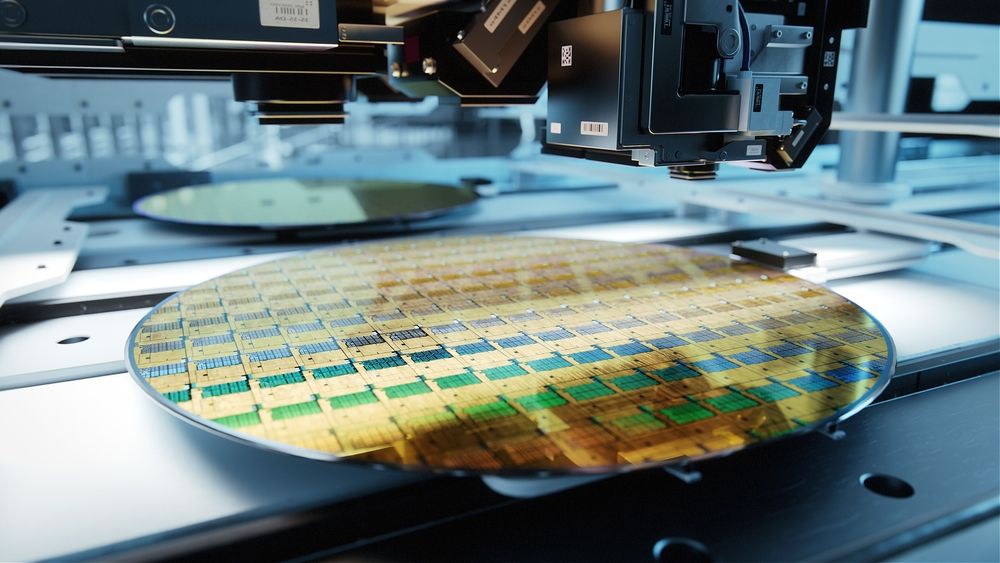 Intel bags deal to make chips for MediaTek, that other Android processor designer