I've been having a very odd issue with the firewall. I'm not able to tell if it's with WFC, Windows' advanced firewall, or both. I know the former is just a GUI for the latter, but maybe there's a setting there causing my issue. Anyway, I play Destiny 2 on Steam. And, lately, I cannot successfully connect to the Destiny 2 servers without first disabling the Firewall. That makes no sense because, as you can see below the rule for Destiny2.exe allows access for everything. Nothing is blocked, in or out. Yet if I look the the log there are numerous entries for Destiny2.exe. If I let WFC create an allow rule for me, based on the log, it creates a rule that matches what I already have. And still I get more blocked entries in the log.. I'm at a loss for what the issue could be. There are no block rules that could be denying the request, yet if I disable the firewall everything works. Anyone have any ideas? 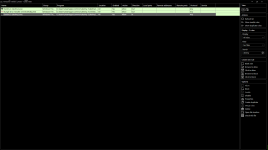 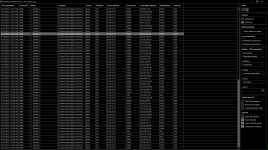 Sorry for an off topic question. How do you enable dark theme on WFC?

Deletedmessiah said:
Sorry for an off topic question. How do you enable dark theme on WFC?
Click to expand...

Oh, it's actually not just a theme for WFC. It's a complete dark theme for Windows...and it's amazing. (See here) I use their themes on every PC. Very high quality. (I don't get a kickback)
Reactions: Deletedmessiah

But in the second image it is seen that you have a lot of rules to block the game to different IP addresses.

Emanuel Tomasin said:
But in the second image it is seen that you have a lot of rules to block the game to different IP addresses.
Click to expand...

Those aren't rules. That's the log window. The rules are in the first screenshot. But the rules are all allow, and I can't see why there were deny log entries.

You can stretch the column to find out what exactly is blocking? in steamapps.

Emanuel Tomasin said:
You can stretch the column to find out what exactly is blocking? in steamapps.
Click to expand...

How? It's destiny2.exe being blocked but the log shows no block rule, and if I create a custom rule based on what the log says it wants nothing different happens.

Even deleting the steam and destiny 2 rules, then putting WFC in learning mode, and launching the game, doesn't solve it.

Can you post only your blocking rules?
Reactions: n8chavez 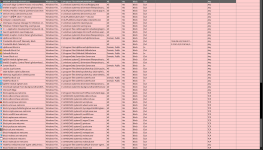 I even just deleted all my rules, turned on learning mode, and launched the game. Nothing changed. I still can't connect.

I'm starting to think it's not firewall related. How can it be, if I started over from a new ruleset and used the learning mode?

As far as I know, WFC doesn't create log files. The only thing I know I can do is post a screenshot of the log windows, which is what I initially did.
Reactions: Emanuel Tomasin

yes, that's what I meant.

Other Security for Windows Jun 15, 2022
cryogent