Chrome 91 released back in May with an improved File System Access API and support for the automatic transfer of one-time passwords (OTP) from SMS to cross-origin iframes on the web. Today, Chrome 92 will be rolling out in the Stable channel and notably, it enhances the behavior of PWAs and deprecates a payment handler configuration, among other things.

Chrome previously allowed payment handlers to receive events for "paymentrequest" as long as it came via standardized payment method identifiers such as tokenized-card or basic-card. However, the company has observed that since these do not have lists to explicitly allow or block access and can be installed silently, they can mislead and confuse a user who receives a popup for an obscure payment handler even though they are trying to make a transaction with their credit or debit card already stored in the browser. As such, this feature is now being removed.

There are bunch of developer-focused capabilities in this release as well. Following frequent requests, the Display P3 color space can be used to create a 2D canvas. While the convention is sRGB, it is not good enough for most modern displays, hence this enhancement. Furthermore, the sticky positioned element on a webpage being targeted by any operation has to revert to its original position without any offset.

There are accessibility improvements being made as well for those who use screen readers. Typically, screen readers with touch screens feature a "touch exploration" mode in which users can tap across the screen and receive feedback depending upon the element they touch. However, Google says that this capability is not always desirable so now developers can add an "aria-touchpassthrough" HTML element which will allow gestures to receive no feedback when applied. The specification for the imperative slot distribution API has been finalized as well and is supported in Chrome 92. Some enhancements to CSS @font-face have been made too.
Click to expand... 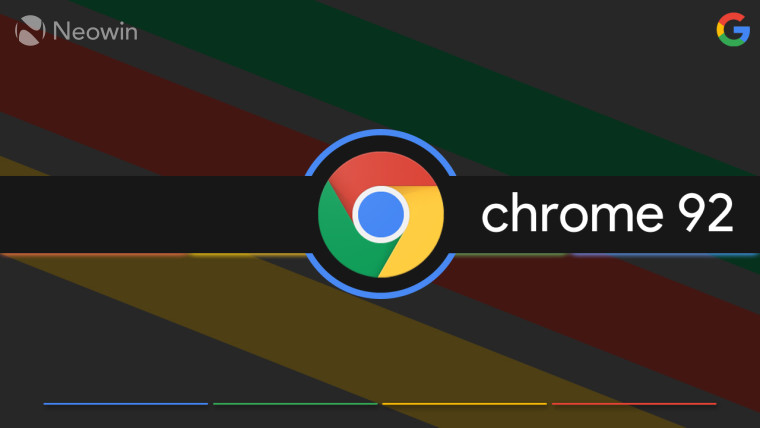 Chrome 92 will be rolling out later today. It contains a bunch of exciting features including enhancements to PWAs, Bluetooth device filtering, and deprecation of a problematic payment handler config.

www.neowin.net
Reactions: brambedkar59, venustus, harlan4096 and 4 others
You must log in or register to reply here.