" The first three-digit version of the Firefox web browser introduces support for AV1 hardware decoding on the Windows operating system. Planned for a May 3, 2022 release, Firefox 100 will use hardware decoding when playing AV1 video streams on Windows, provided that the computer's hardware is compatible. "

With hardware decoding enabled, AV1 media decode work is moved to the graphics processor, which should reduce power consumption and improve battery life on mobile devices.

Firefox and Chrome support AV1 media streams since 2018, when support was first added to both browsers. Windows 10 users could add AV1 support to their devices since 2018.

The Chromium project introduced support for Av1 hardware decoding on Windows back in 2020. Firefox 100 reaches feature parity with Chomium-based browsers. While Mozilla is late to the party, the organization noted a few months ago that only 2% of all devices supported the requirements.

The most prominent website that supports AV1 is YouTube. AV1 may be selected by YouTube automatically, but users may make AV1 the preferred media codec on YouTube by switching to "Always prefer AV1" on this page.

A right-click on a video and the selection of "stats for nerds" shows whether AV1 or VP9 is used then under Codecs in the overlay that opens. 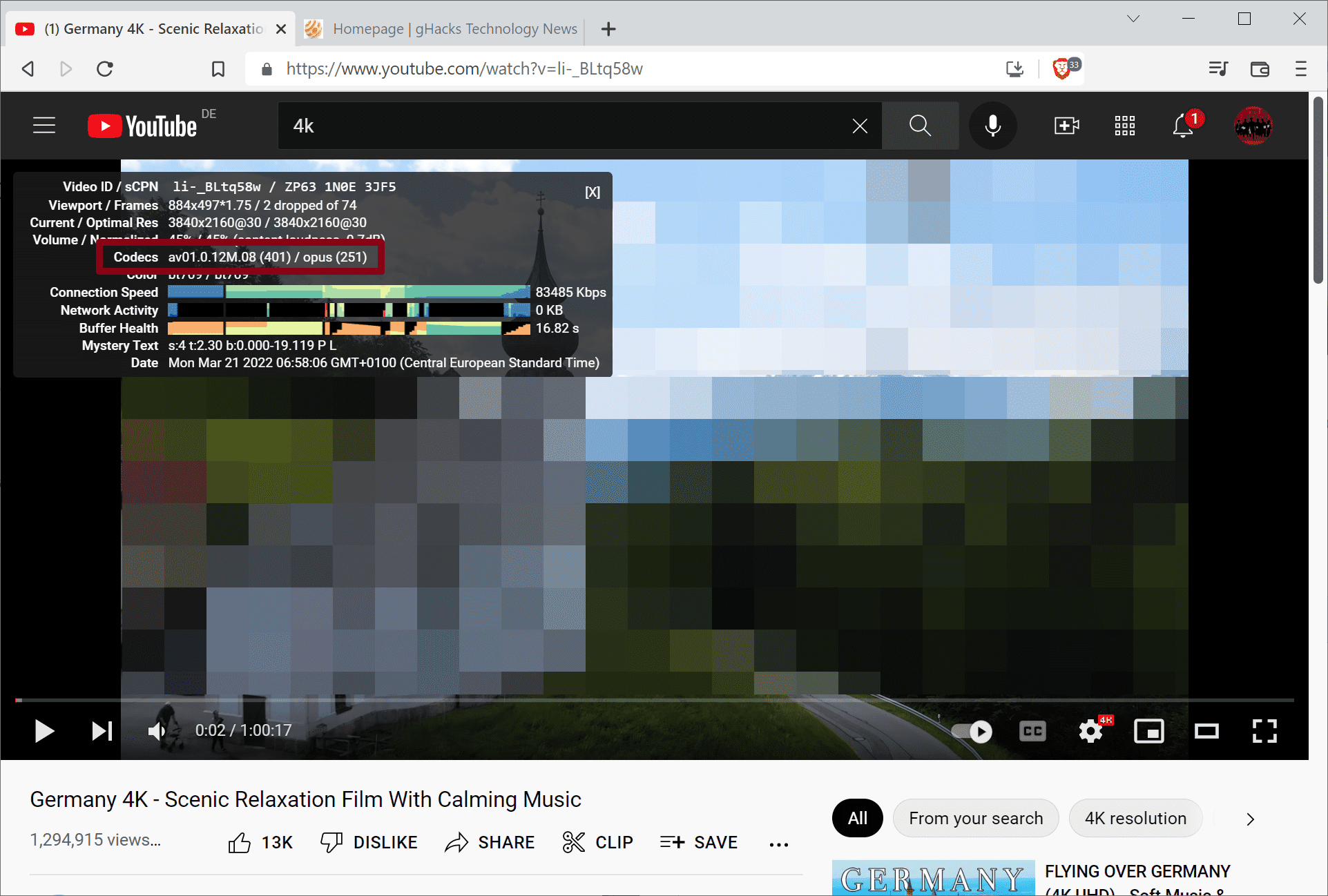