Mozilla introduced the privacy feature SmartBlock 2.0 in Firefox 90, which it released two weeks ago. SmartBlock is part of Firefox's Tracking Protection feature, which is designed to reduce user tracking while using the web browser.

To better understand what SmartBlock is and does, it is necessary to understand how Tracking Protection works in Firefox.

Mozilla introduced Tracking Protection in 2015 in the Firefox web browser and improved the privacy feature several times throughout the years.

All Firefox installations use the standard settings by default; it blocks certain trackers, cookies and other unwanted scripts, but balances protection and performance. Tracking content and cross-site cookies are only blocked in private windows in that mode.

Firefox users may switch to strict or custom blocking modes. Strict extends the blocking to all browser windows, making it more effective in the process.

Tracking Protection is not an advertisement blocker; while it may block some ads on the Internet, its main focus is on blocking tracking scripts and elements.

Tip: select the shield icon in Firefox's address bar and then Tracking Content in the menu that opens to display all trackers that Firefox blocked on the active page.
Click to expand... One of the main issues that extensions and browsers face that block tracking scripts is that this may result in sites not working properly. Facebook is a prime example; the sites domains are on many tracking protection lists, including the list that Firefox uses to block tracking for its users.

If you sign up for certain services, they may allow you to use accounts from popular services such as Google, Microsoft, Twitter or Facebook, to speed up the sign up process. The main benefit of the approach is that sign-up is much faster, and that you will use the credentials of the selected service to sign-in to the site or service.

One of the core disadvantages is that the company that you use to sign-in receives information about it and that its scripts or cookies may be used for tracking purposes.

Firefox used strict blocking in private browsing mode, and this resulted in certain features to fail for certain sites.

Firefox 90 fixes the compatibility issue with SmartBlock 2.0. Basically, what it does is block all trackers just like before, but when a user interacts with an element, say a "continue with Facebook" button, Facebook scripts are loaded just in time to allow the feature to work as expected.

Firefox allows the script only on sites on which users have signed-in using Facebook or interacted with the "continue" button. On all other sites, Facebook and other tracking scripts continue to be blocked just like before

SmartBlock 2.0 works automatically in Private Browsing Mode; Firefox users who want the protection in regular browsing windows need to switch to Strict tracking protection or use a custom protection that enables the private browsing mode protections in all windows.
Click to expand...

Firefox users who use third-party services to create new accounts will benefit from the new feature, provided that they use private browsing mode or set the protection level to strict.

Privacy-conscious users may prefer using their own email addresses, email aliases or throwaway email addresses whenever possible to reduce the amount of data that major organizations such as Facebook, Google or Microsoft collect about them.
Click to expand... 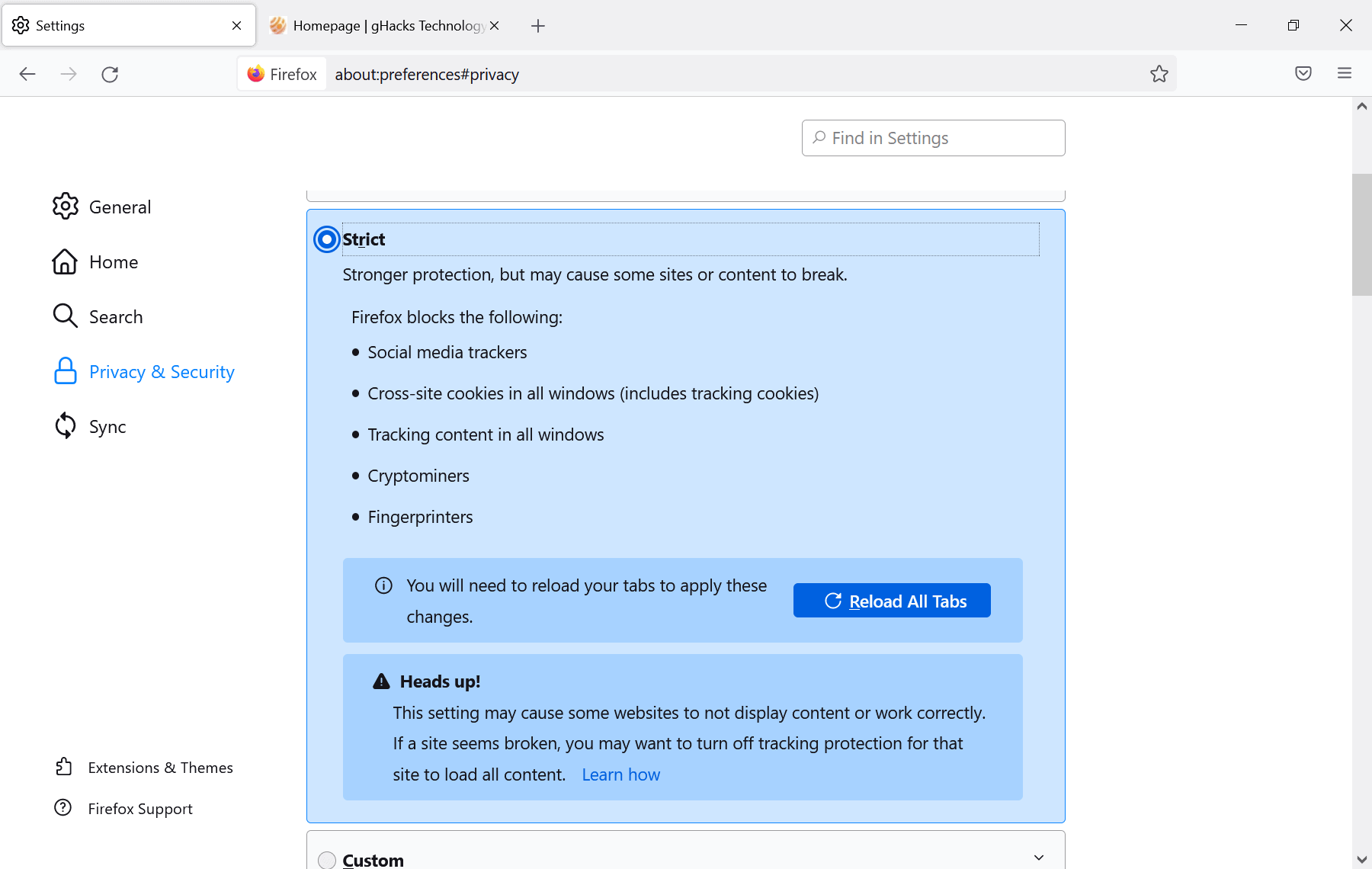 Firefox 90 introduced an updated version of its SmartBlock tracking protection feature; this guide explains how it works, and how you benefit from it when using Firefox.
www.ghacks.net
Reactions: plat1098, Nevi, Venustus and 11 others

Mozilla Firefox Sunday at 10:41 AM
Gandalf_The_Grey