Intel released a new graphics driver for Microsoft's Windows 10 and Windows 11 operating systems that include important stability improvements among other improvements. 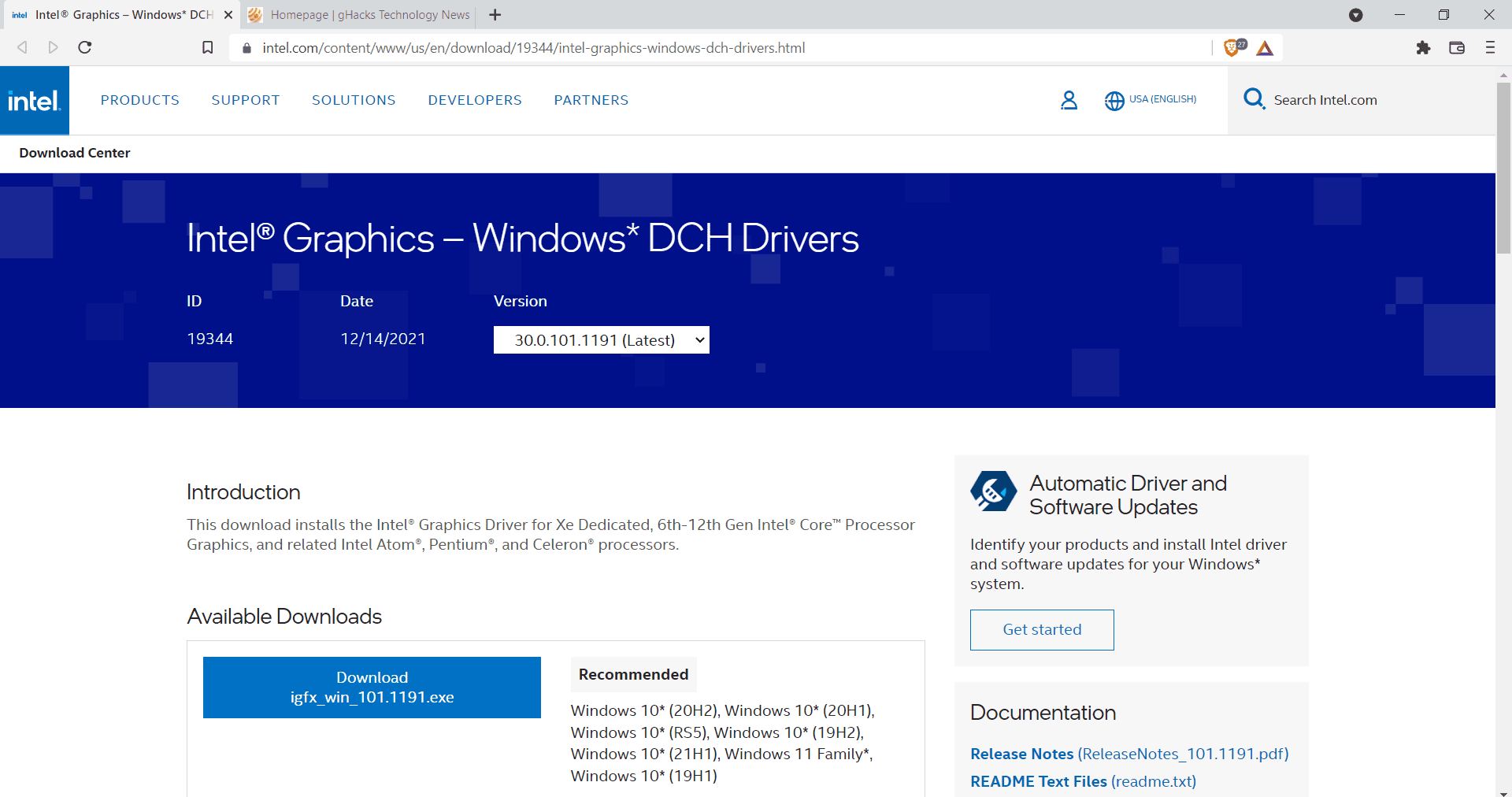 The driver may be installed automatically on some systems if automatic update management services are installed on a device. Administrators need to download and install the new driver manually on systems without these services.

Downloads are provided on this page on the Intel website. The driver is available for most supported versions of Windows 10 and 11; only Windows 10 version 21H2 is missing from the list of supported operating system versions, but the driver should install fine on devices running that version of Windows 10.

The driver has a size of 567 Megabytes and administrators need to run the downloaded executable file to install the update on supported machines.
Click to expand...

The official release notes, provided as a PDF document on the download site, lists the following stability improvements in the driver:

Intel 6th generation to 10th generation processors benefit from the stability improvements that improve DWM, the Desktop Window Manager. The component is listed as dwm.exe in the Windows Task Manager, and it is a core component of the graphical user interface of Windows.

Users who noticed performance or stability issues with the process, e.g. that its load increased significantly or that certain operations took longer than expected, may improve the situation with the new Intel graphics driver.

Note: it is recommended to create a system backup before installing drivers. While these should not cause any issues on systems they are installed on, it may happen that unexpected things happen. A backup ensures that the system can be restored to a prior state, even if it is not booting anymore.
Click to expand...

Intel released a new graphics driver for Microsoft's Windows 10 and Windows 11 operating systems that include important stability improvements among other improvements.
www.ghacks.net
Reactions: roger_m, Nevi, Venustus and 6 others

Performance & Health Tuesday at 4:41 AM
silversurfer