I UNINSTALLED cclener now,this program more destroys your windows.reg are the most important,no program was invented to make your windows better,only back-up it is SAFE !
Reactions: Dave Russo and South Park

The future doesn't look good for other companies such as iOBIT
Reactions: Dave Russo, TheBlueCreeper512, South Park and 1 other person
A

MacDefender said:
include Chrome including Flash
Click to expand...

I'd argue the fact that Flash was integrated into Chrome negates its classification.
Also according to Google, back in 2014 80% of desktop users visited at least one site a day needing Flash, so one could argue that, formerly, it met Microsoft's "required for the software to run" purpose.
Reactions: Dave Russo, Cortex and Protomartyr 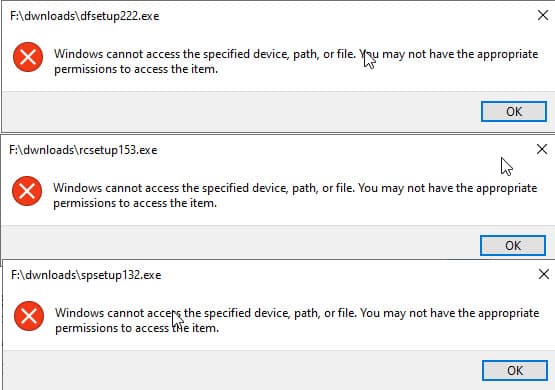 Apparently, Windows Defender in Windows 10 is classifying CCleaner Installer as Potentially Unwanted Application (PUA). And Windows 10 is locking other Piriform product installers such as Recuva, Defraggler, and Speccy from running. Microsoft has come up with an explanation of why it has flagged...

And now what's next? Avast marked as a PUP?
Reactions: Cortex, show-Zi, Protomartyr and 3 others

On a lighter side, probably all antivirus as PUP, they are unwanted because Microsoft might think Windows defender is the best.
Reactions: Cortex, Divine_Barakah, show-Zi and 1 other person

I would definitely do that because if I'm not wrong then Avast installer comes bundled with Google Chrome so it should be detected as a PUP too if the installation of Chrome is ticked automatically.
Reactions: Dave Russo, South Park, Cortex and 8 others

Good job, if PUA detection of Windows improves, it will hopefully give a warning to developers to stop bundling their software's with unwanted applications.☠

It's important that PUA detection is turned on automatically by default in Windows, because atleast 70% of Windows users are newbies and are happy clickers when installing softwares.

Many good antivirus suites already include PUA detection, but it's mostly not turned on automatically. However KSC Free allows CCleaner to be installed, by automatically unchecking the bundled offer. Are they using Unchecky in the background? Anyway kudos to Kaspersky for that! ✌
Reactions: Dave Russo, South Park, Cortex and 4 others

So here's the detection from last night. 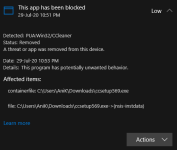 Just now I downloaded the Ccleaner installer again and this time it's not detected by WD anymore. Because the Ccleaner team made changes to their installer. Nowhere in the initial installer wizard, bundled software installation is mentioned anymore. It's clean and all options are related to Ccleaner only. 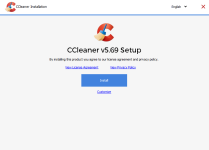 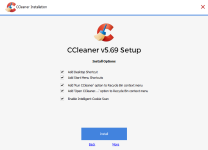 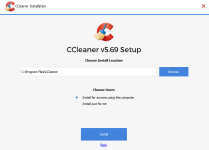 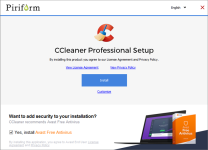 Now after the change, the mention of bundled software comes in the second step and clearly asks the user whether they want to install that particular software or not. Just, like I said in one of my previous comment, this behavior is acceptable. As long the user is asked about it, it's ok. 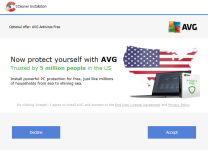 I checked the digital signature timestamp of the latest installer. It is from last night. So Ccleaner made this change last night after the news of detection went public earlier. 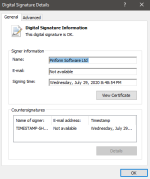 I have to say Bravo Microsoft

They decided it's time to be aggressive against such practice and in no time Ccleaner/Avast have learned their lesson. Hopefully this will make Avast to fix this in their Avast AV installer too.
Good job Microsoft

But there are many other software who does this and they aren't gonna change their behavior anytime soon.
Eg: PotPlayer: 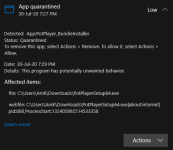 One of the reason being PUP protection not enabled by default. If Microsoft do that all of them will be forced to make changes.
Reactions: WhiteMouse, Dave Russo, Fuzzy_Bunny and 17 others

Should be great and a good move also. Avast is not a good AV Company. I don't trust on them.

I know, there are a lot of people using them. But i don't care... They have a big data, and they sell data from users to 3rd, and guess what... receiving spam when you have Avast Account.. Data Selling!?

I recommend anyone to stay away from Avast / AVG.
Reactions: Dave Russo, oldschool, CyberTech and 3 others

Not really surprised after hackers managed to change legit files to then release malware and Avast to buy it, sort of tells the same tale really.

This is just my personal opinion, OneDrive and Cortana, which we do not plan to use, are also close to PUA.
To the extreme, Microsoft and Avast may not be so different in what they are doing.
Reactions: Divine_Barakah, Dave Russo, SeriousHoax and 9 others

Chipicao said:
Should be great and a good move also. Avast is not a good AV Company.
Click to expand...

I agree. Their AV is bundled in a lot of freeware programs, like uTorrent, aTube Catcher etc.


SeriousHoax said:
I would definitely do that because if I'm not wrong then Avast installer comes bundled with Google Chrome so it should be detected as a PUP too if the installation of Chrome is ticked automatically.
Click to expand...

I've just updated a handy program Burnaware free, it comes with two click to install additions, Opera, & an unknown protection add-on. Now I know those are there & they keep the program free, I could opt to pay if I chose to - For me the thing is is developer has to make money & I have choices, the check boxes were clear, & as I rarely work for nothing why should the developer?
Reactions: Dave Russo, oldschool, show-Zi and 1 other person

I thought that about OneDrive until I started using it. And if my wife didn’t use it for work I’d feel that way again haha.
Reactions: Dave Russo, Cortex, oldschool and 2 others

blackice said:
I thought that about OneDrive until I started using it. And if my wife didn’t use it for work I’d feel that way again haha.
Click to expand...

What I thought was that we should be well aware that the PUA definition is Microsoft's intent. In other words, it is not the user who judged "undesirable".

I don't think the Windows update that causes failure or trouble is a "desirable" application.
Reactions: Dave Russo, SeriousHoax, TairikuOkami and 4 others

Cortex said:
The future doesn't look good for other companies such as iOBIT
Click to expand...

The future never looked good for iOBit especially after that Malwarebytes debacle...

I think like some people here, that Microsoft should be more aggressive about PUPs, but not go so far as to block every single app that Microsoft doesn't like, there should be a balance, and that balance is difficult to achieve, because no matter what you do, which direction you choose to go down, there always will be people criticizing your decisions, like if Defender starts detecting Avast Antivirus as a PUP, some people will think that this is a good move by Microsoft, not only was Avast bundling software but the company itself is very shady. And then there is the people that are at the complete opposite of the spectrum, maybe they use or likeAvast AV and they don't Defender to flag it. So I think personally that Microsoft is starting go down the right path with Defender and PUP protection.
Reactions: show-Zi, Dave Russo and Protomartyr
C

microsoft is on the pathway to being sued for abuse of monopoly. this happened before with IE. likewise, you can't have a built-in antivirus that flags non-malicious software that microsoft deems "unwanted". think about it, it is a built-in AV, meaning that it is essentially the windows operating system that is picking and choosing what will be allowed to run. they are unwittingly gaming their operating system to ban targeted software companies. and in the case of ccleaner, it is a software competitor that has a rival antivirus. it will be interesting to see how this develops in the future and whether someone will take on that juggernaut as netscape navigator did.
Reactions: show-Zi, Dave Russo, Bonorex and 1 other person
M

That actually makes Windows 10 the PUA for bundling it!
Reactions: show-Zi, Dave Russo and blackice
S

Neither tamper with the Registry nor intentionally make the OS less stable.

Both are first party services by Microsoft, not a sponsored deal between 2 parties.

Also, Cortana has moved away from the Desktop environment and towards Microsoft 365. On Google Android and iOS, their Assistants are dominant.
Reactions: Nightwalker, show-Zi, Dave Russo and 1 other person