Qualcomm is apparently plotting a return to the server chip market. The company is overhauling its CPU offerings after acquiring the upstart chip design company Nuvia in 2021. Nuvia was founded by three high-ranking engineers from Apple's chip division, with the original goal of designing ARM server chips (though it never launched a product). After Qualcomm bought the company, it seemingly pivoted its new chip division from server chips to laptops and phones. Now, according to a new report from Bloomberg, Nuvia's original goal of building server chips will be allowed to continue.

The report says Qualcomm is "seeking customers for a product stemming from last year’s purchase of chip startup Nuvia" with Amazon Web Services as one of the first companies that "agreed to take a look at Qualcomm’s offerings." Apple has proven to the world that ARM chips can scale up, and on laptops, they've proven to be more efficient than the x86 chips from Intel and AMD. Companies like Amazon have even started making their in-house server chips based on ARM's licensable CPU designs.

Doing better than ARM's off-the-shelf CPU designs will be the real challenge for Qualcomm. Despite having a near-monopoly on high-end Android phone CPUs, Qualcomm isn't really a CPU company. Qualcomm SoCs feature CPUs straight from ARM, the same as many other vendors like Mediatek, Samsung, and Huawei's HiSilicon. What keeps Qualcomm on top is all the non-CPU parts—mainly its hyper-aggressive licensing around its modems and cellular patients. Qualcomm owns enough basic cellular patents that you need a license from them to sell a phone no matter what, and by bundling a cheaper patent license with its own chips, Qualcomm can squeeze out the competition. Qualcomm does some good work in GPUs and modem design, but it has never paid much attention to the CPU part of its SoC offering and is currently several generations behind the market leader, Apple.

In the server market, Qualcomm's business won't be artificially propped up by cellular licenses. This is a non-CPU company suddenly deciding to sell CPUs, and those products will have to compete on their own merits. With potential customers like Amazon already building ARM chips, it's 100 percent on Nuvia to deliver a CPU that is better than the standard ARM designs.
Click to expand... 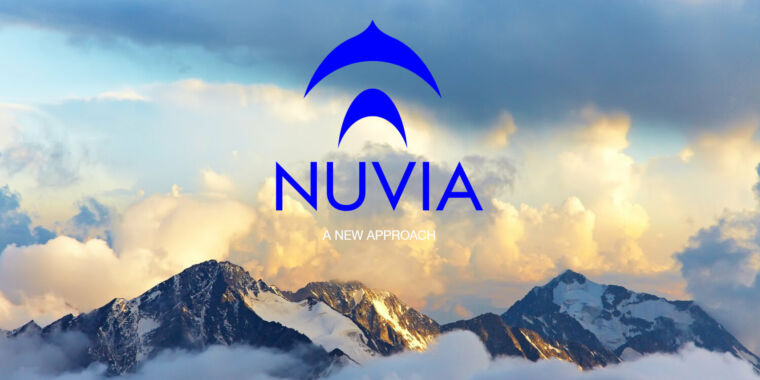 arstechnica.com
Reactions: Nevi, brambedkar59 and harlan4096
You must log in or register to reply here.