The Battle of Los Angeles

And that proves it!

I welcome her return 'home' here at MT.

This is Trump talking to CS's new boyfriend about the upcoming false flag alien invasion of earth.

The nature and rationale of the false flag operation has leaked. 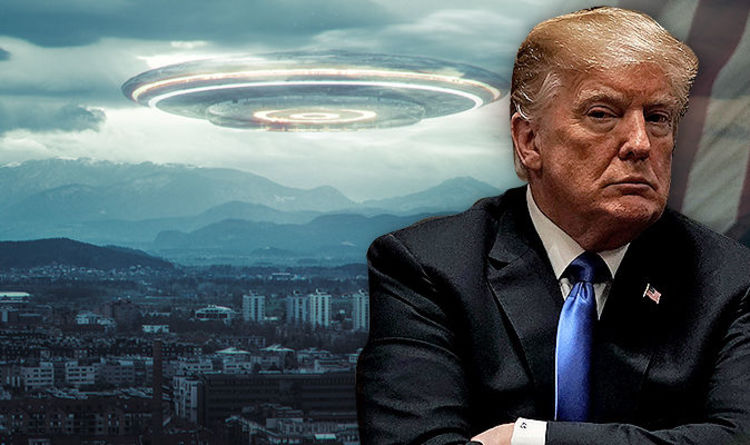 THE United States is planning on staging a fake alien invasion to increase its stronghold on the world, according to a new conspiracy theory.

In fact, I am not a follower of space creatures
I am not one of those who believe that America wants to conquer the world.
They publish articles with the aim of publishing or bringing visitors to their bitter sites resembling religiosity.
Reactions: oldschool, show-Zi, bribon77 and 2 others

lThinkFreel said:
But they alrdy did? USA has over 800 military bases all around the world. US invaded almost every middle east country for god= gold, oil, dollar. They pretty much ing up every grov that isnt a puppet grov from the usa/israel (venezuela a

800 is a conservative number.. In just the US alone, by some estimates, there are close to 2,200 bases/facilities/ranges/depots/secret installations. That isn't counting ones used by the contractors for the military/intelligence complex, that would put the number closer to 3000+. Overseas bases is closer to 875 and that isn't counting forward outposts, fire bases, observation points and secret facilities.

Even more staggering, the size of Fort Bragg in the USA is 163,000 acres with around 550,000 active duty military personnel in the area. Of the largest military bases in the world, the Top 5 are US bases, and encompass close to a 1,000,000 acres of territory in the USA.

Add to this all of the ancillary support networks, logistics, contractors, and control systems in place and it becomes staggering. USA is an entirely militarized society from the ground up and people are born into a system where they actually think they are free because they can't see the walls of the prison around them and the corrupt autocratic hegemony they've been born into.

Stop for a moment ignoring the autocratic US Hegemony that is far reaching, oppressive, harassing, and at times genocidal. Now imagine what all of that money, land, resources could have accomplished if it was for the good of the people. Imagine what a force of good we would be. But speaking of the US alone, imagine the schools, roads, healthcare, college and quality of life we would have right now. Many consider the USA the Fourth Reich. Given the amount of Nazi's that ended up in the USA, and the Nazi underpinnings of the CIA, it's not really hard to believe. Also don't forget, the people in power (actually it's force, they don't understand power) are hedonistic, pedos and drug addicts and are largely controlled and manipulated through their moral failings.

It's all sort of pathetic really. But keep in mind, the average American is a good sort of folk that is generally ignorant to all of this and doesn't actually intend harm to anyone anywhere in the world.. They just aren't woke.. That's coming eventually I would guess. Think back just 30-40 years ago, people had 3 channels to watch on TV, everything they knew was told to them by the TV, Govt, Churches and Doctors and they believed all of it. How many people believe ANYTHING from the media, our government, especially churches and doctors anymore? They're sort of the joke of the town now. Ancient knowledge likely holds some secrets now buried. This documentary is an example of the knowledge of the ancient world. I've seen this, It's from 1997 and is excellent. Icarus Films: The Knowledge of Healing

This one I haven't seen but looks like it explores the same subject. THE BLUE BUDDHA: Lost Secrets of Tibetan Medicine [documentary]
Reactions: bribon77, Correlate, venustus and 2 others

" ... But keep in mind, the average American is a good sort of folk that is generally ignorant to all of this and doesn't actually intend harm to anyone anywhere in the world.. "

They're too busy getting fat to consider doing serious harm around the world. In fact, name a country and the average American probably knows nothing about it, even where it is located! The right-wing military/industrial oligarchy does everything it can to keep people confused, ignorant, fearful and too much to list ... Just don't let them lose the TV remote or they get hysterical!
Reactions: bribon77, stefanos, Correlate and 2 others

oldschool said:
Ancient knowledge likely holds some secrets now buried. This documentary is an example of the knowledge of the ancient world. I've seen this, It's from 1997 and is excellent. Icarus Films: The Knowledge of Healing

This one I haven't seen but looks like it explores the same subject. THE BLUE BUDDHA: Lost Secrets of Tibetan Medicine [documentary]
Click to expand...

Factual. I have a pretty good base of knowledge regarding healing. To the extent I haven't been sick in about half a decade. But I have a holistic approach to all of it in that water/food/spices are themselves a tool for wellness and healing. Most of which I won't disclose here unless PM'd. But I will say, you should never drink tap water. Break your water down with reverse osmosis, then re-mineralize/structure it and drink it. The water supply is not safe, contrary to what they have people believing.. Also, get some imported, estate, source traced extra virgin olive oil. Consume about 16oz of it a week to supplement your water, it will greatly extend your wellness (and life).

Also AMPK activators are your friend. They are one of the fountain of youth substances. Seek things out with AMPK and your life may be extended by decades. Avoid processed junk. Avoid govt. supplied water. Filter the Air in your home with at least a Merv-14 Filter, Carbon if possible, and UV Sterlization if you are smart and negative ionization if you are really smart. (like Comtech Research Happy Machine, etc)

Slyguy said:
It's clever but really only catches people off guard that aren't woke.

Find a resistance group and join them.
Click to expand...

I've put in my application for a resistance group. I'm trying to get in with The Deep State.