Introduction
SK hynix is one of the major DRAM and NAND flash memory manufacturers, but for years they've had little to no presence in the retail consumer SSD market and have focused primarily on the OEM market. That started to change last year when they launched their Gold S31 SATA SSDs, but that wasn't really enough to establish SK hynix as an important brand for consumer SSDs. At CES in January, they previewed NVMe SSDs: the Gold P31 and Platinum P31.

When SK hynix PR reached out earlier this month to offer a review sample of the Gold P31 at short notice in advance of last week's launch, I was expecting a fairly straightforward review. Rushed review embargo periods are often a sign that the vendor doesn't want you to spend too much time digging into the details of the product, so I didn't expect the Gold P31 to stand out in any way from the crowd of other PCIe Gen3 NVMe SSDs already on the market. I was expecting that the most interesting facet of the Gold P31 would be the fact that SK hynix actually managed to be first to market with 128L NAND, after years of trying to run ahead of the competition in terms of 3D NAND layer count but with little success in following through in a timely fashion.
Click to expand...

Conclusion
I've rolled my eyes every time SK hynix uses their "4D NAND" moniker to describe their combination of a peripheral under cell layout and charge trap flash. It seemed like a silly exaggeration of a minor advance over other 3D NAND, especially since Intel and Micron have been doing "CMOS under the Array" since their first generation of 3D NAND. But now that I've tested a SSD using this "4D NAND" for the first time, I'll admit it's not purely marketing fluff. This is a genuinely impressive product, and the new 3D NAND seems to be a very important factor. In some very important ways, SK hynix has taken the technological lead, even if this position may not last long.
Click to expand... 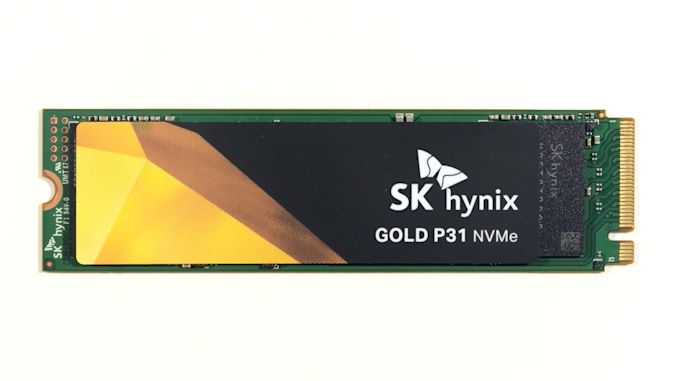 Hi, anyone here have experience with the sk hynix p31 gold. I'm considering getting this ssd for my dell xps13 as reviews say it has excellent performance/power consumptions characteristics. It would be great to hear about real world experience. My xps13 came with an sk hynix ssd from the factory so no issues with the brand.

I was interested in this SSD for my laptop but it is impossible to buy it in Europe
Reactions: mkoundo