Thunderbird 78.3.3, a new version of the desktop email client, has been released. It addresses issues in the built-in OpenPGP encryption module and in calendar.
www.ghacks.net
Reactions: Andrew999, Venustus, Nevi and 6 others
F

Replying to a newsgroup message did not open the compose window

Reactions: Venustus, Nevi, Cortex and 5 others

No download available yet
Reactions: Thales, Cortex, Venustus and 5 others

Thunderbird 78.6.0 has been released today; our overview provides you with information on what is new and has changed in the open source email client.
www.ghacks.net
Reactions: Cortex, Venustus, ColonelMal and 4 others

Compact Headers is a long-standing extension for the open source Thunderbird email client that gives users options to reduce the size of email headers significantly, up to a single line. One […]
www.ghacks.net

Compact Headers is a straightforward extension for Thunderbird that is especially useful on devices with smaller displays and for users who tend to read emails in the main window and not individual windows.
Click to expand...

View the number of unread mails in Thunderbird at a glance with the help of Windows Taskbar Unread Badge extension.
www.ghacks.net

The extension places a dynamic badge on Thunderbird's icon on the Taskbar. The badge indicates the number of mails that you've not read yet.
Click to expand... 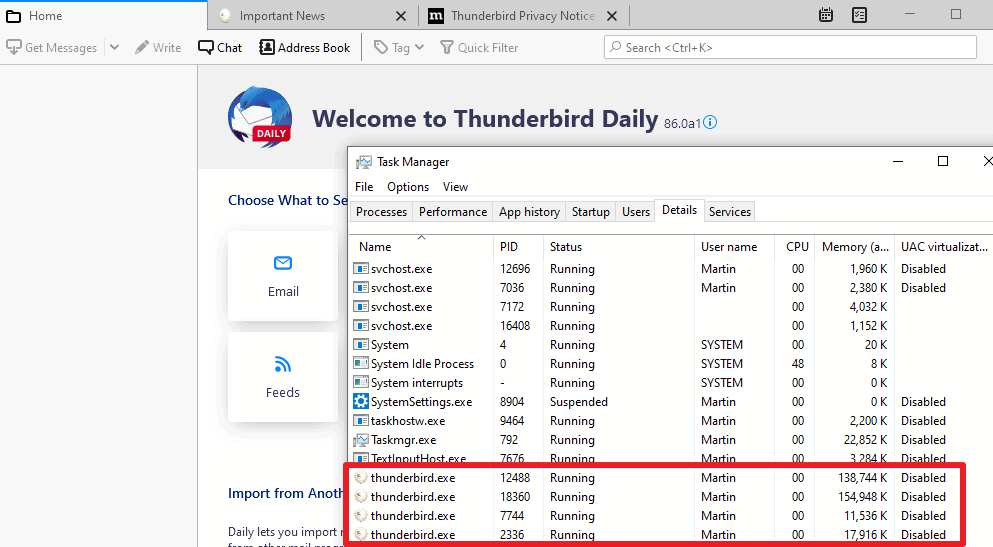 Thunderbird will use multiple processes in the future - gHacks Tech News

The first step towards a multi-process architecture has been made in Thunderbird Daily. The current implementation won't provide "noticeable improvements" for the foreseeable future, but it is the cornerstone that future improvements will build-on.

Thunderbird users won't notice changes when they upgrade to a Daily version that supports multiple-processes. Users may check the system's process manager to verify that Thunderbird uses multiple processes, but that is about it currently.

Thunderbird loads extensions in child processes, and will use processes for content that is loaded, e.g. the homepage or a new tab page or window.

Beta versions of Thunderbird may receive the update as early as next week, and Thunderbird Stable later in 2021, likely after the release of the next Thunderbird ESR version, version 91 in Summer.
Click to expand... 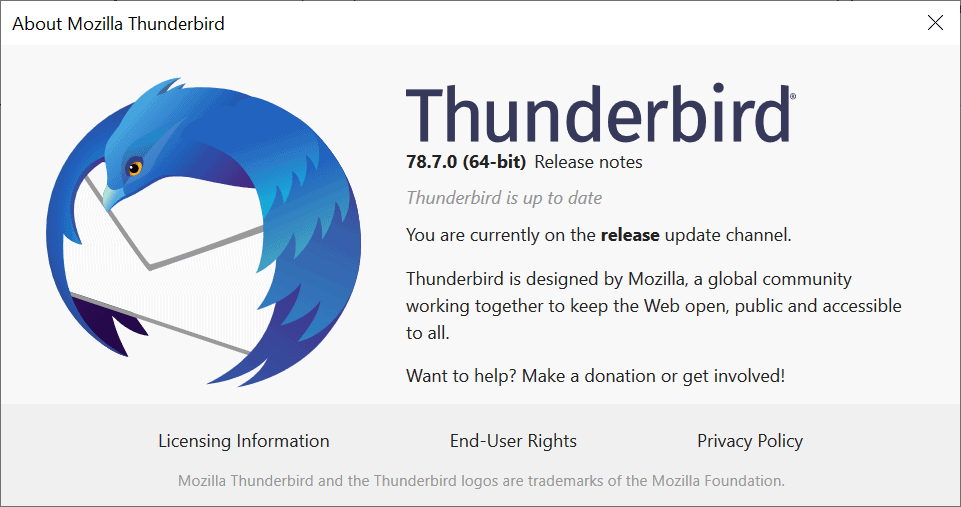 Thunderbird 78.7.0 is a security and bug fix update (for the most part) - gHacks Tech News

The email client Thunderbird 78.7.0 has been released on January 26, 2020. The new version of Thunderbird fixes security issues, improves the extensions system, and fixes several bugs on top of that.
www.ghacks.net
Reactions: Andrew999, SeriousHoax, Gandalf_The_Grey and 4 others
F

The new minor version includes a single new feature, the ability to use OAuth2 and Google Contacts with CardDAV address books.
Thunderbird users can install extensions such as CardBook to add new address books using CardDav and other standards.
Click to expand... 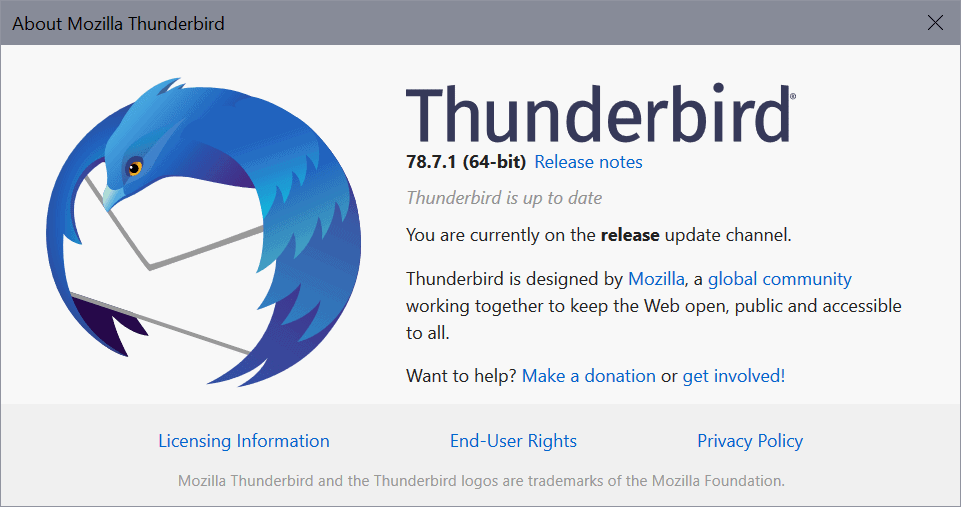 Thunderbird 78.7.1 is now available; the new stable version of the email client includes fixes, CardDAV improvements, and a change that affects extensions that use legacy APIs.
www.ghacks.net

This guide lists the most useful keyboard shortcuts for the Thunderbird email client; these improve workflows and your productivity.
www.ghacks.net
Last edited: Feb 8, 2021
Reactions: Cortex, ForgottenSeer 85179, SeriousHoax and 2 others

The next major Thunderbird release is version 91; it is scheduled for a release in the third quarter of 2021. The developers have published a roadmap in which they list new features and improvements that they consider integrating in Thunderbird 91 and beyond.
The roadmap is a work of progress and subject to change, but it still provides a good overview of what the team has planned for Thunderbird in 2021.
Click to expand...

The developers of Thunderbird have published a roadmap in which they list new features and improvements that they consider integrating in Thunderbird 91 and beyond.
www.ghacks.net
Reactions: Cortex, Gandalf_The_Grey, upnorth and 1 other person