Verified
Speaking of graveyards, this haunted and beautiful place has a large colony of some residents that don't even belong in this climate but obviously, that never stopped 'em. I've seen them live and in person, they have a mystical vibe about them, green gems. In the coldest winter, they adapt beautifully with very thick feathers and sure make a lot of noise. Best kept secret of Brooklyn, NY.

Daily What?! The Monk Parrots of Green-Wood Cemetery in Brooklyn - Untapped New York

The most unlikely attraction at Brooklyn’s Green-Wood Cemetery is the group of loud, colorful, possibly illegal immigrants: the monk parrots of Argentina.

plat1098 said:
Speaking of graveyards, this haunted and beautiful place has a large colony of some residents that don't even belong in this climate but obviously, that never stopped 'em. I've seen them live and in person, they have a mystical vibe about them, green gems. In the coldest winter, they adapt beautifully with very thick feathers and sure make a lot of noise. Best kept secret of Brooklyn, NY.

Daily What?! The Monk Parrots of Green-Wood Cemetery in Brooklyn - Untapped New York

The most unlikely attraction at Brooklyn’s Green-Wood Cemetery is the group of loud, colorful, possibly illegal immigrants: the monk parrots of Argentina.

I would not have expected parrots to do well in NYC. - by Stephanie Pappas - Jan 13, 2020
An orb that seems to defy physics may have been a realistic portrayal ... 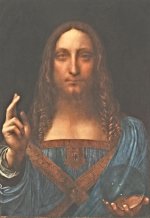 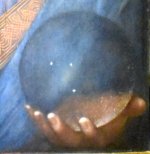 Leonardo da Vinci painting "Salvator Mundi" looks straightforward at first glance: a depiction of Jesus Christ in Renaissance-era clothing, raising one hand in blessing and holding a clear orb in the other.
But that orb defies the laws of optics, creating a controversy over just what da Vinci was using as his inspiration. Now, a new study argues that the orb may be a realistic depiction of a hollow glass ball.

The work has not yet been published in a peer-reviewed journal, but a preprint of the findings is posted on the preprint site arXiv. University of California, Irvine, researchers used a computer-rendering technique to show that the appearance of the orb would have been physically possible in the real world, if the orb were made of thin blown glass.
Click to expand...

But the paper is unlikely to settle the long-running debate over da Vinci’s intentions.
"The paper of the sphere is just one of many examples of scientists making ill-judged interventions in Leonardo studies based on ignorance of the sources," da Vinci scholar Martin Kemp, an emeritus professor of the history of art at the University of Oxford's Trinity College, wrote in an email to Live Science.

Embedded within the painting is a persistent mystery. The orb held by Christ contains a few painted sparkles that look like inclusions within a solid sphere or crystal. But a solid orb would magnify and invert the image of anything behind it due to the refraction of light, and the orb in the painting doesn't do that. Christ's robes appear undistorted behind the glass. Da Vinci was an avid student of optics and likely wouldn't have made that mistake carelessly. Art historians have been arguing for decades about what the orb was made of and whether Da Vinci deliberately painted it inaccurately. The new paper brings a method called physically based rendering to the question. UC Irvine computer scientist professors Michael Goodrich, Shuang Zhao and doctoral student Marco (Zhanhang) Liang used this method to simulate light in the scene that is depicted in the painting.
Click to expand...

...read more (and comments) on livescience.com: The virus emerged in December, two people have died and it has been detected in three countries.

China: mysterious respiratory illness, unexplained viral pneumonia ... Hong Kong scared. As China Investigates Mysterious Illness, Hong Kong Steps up Response Though SARS has been ruled out, the scars of the 2002-2003 epidemic continue to linger in Hong Kong. ... As of Sunday, 59 people...

Prorootect said:
Haha upnorth have you readed this topic already posted here on the General Chat sub-forum:
Click to expand...

Nope, actually I haven't. I normally read things on BBC and it also starts to get more and more attention even in my country.
Last edited: Jan 19, 2020

Will you take the bait? Or will you avoid the phisherman’s net?
Click to expand...

Pastor and author John Burke has explored that question, by researching 1,000 of these near-death experiences, writing about them in a new book called Imagine Heaven.
CBN News Reporter Lorie Johnson spoke with the New York Times bestselling author about what he learned. He talked about people who have experienced the afterlife encountering a "brilliant man of light."

Burke contends it's clear from their descriptions that this man is, in fact, God, pointing out that those who believe in Jesus recognized the man as Jesus.
Each person said they had the remarkable sensation of being completely known and yet completely loved at the same time in the presence of the "man of light."
Burke also tells the story of a blind person who experienced the afterlife and was able to see for the first time ever. He observed a bright world where light was emanating from everything, just like the Bible describes the source of light in heaven.
Click to expand...

While some patients experienced heaven, others were given a glimpse of hell. Overall, Burke said his research provides modern-day evidence for the biblical account of eternity...
Read more and watch the videos on cbn.com: 'Brilliant Man of Light': What 1,000 Near Death Experiences Can Teach Us About Life After Death

A remarkable story about life after death
Last edited: Jan 20, 2020

An F-22 Raptor is being refueled by a KC-135 Stratotanker over the Nevada Test and Training Range during the U.S. Air Force Weapons School’s Deliberate Strike Night, June 16, 2016. DSN is part of the final seven-day advanced integration portion of the school’s curriculum, testing stealth and conventional airframes’ abilities to conduct attacks during the hours after the sun sets. The F-22 is assigned to the 433rd Weapons Squadron and the KC-135 is assigned to the 509th Weapons Squadron. (U.S. Air Force photo/Airman 1st Class Kevin Tanenbaum)
Read (and look to) more: on washingtontimes.com : Under the radar: US stealth aircrafts - Photos - Washington Times

Love Nature 4K is focused on bringing you the most breathtaking nature and wildlife television in stunning 4K video. We feature wildlife programming through digital video, television series and feature length documentaries. Our programming lets viewers celebrate the beauty of our planet in the stunning detail of 4K...
Click to expand...

Man Raises Orphaned Grizzly Bear And Now They Are Inseparable

Whoever says a huge 800lbs wild animal couldn’t be the perfect fur companion, this guy in Montana has one thousands reasons to prove them wrong!

Ever since he was a little boy, Casey Anderson had a great fond for wild animals. And since he grew up in Montana, bears were always at his heart. The 44-year-old man dedicated his career, actually, his life we might say to protect and conserve those majestic animals. More that, he always tried to educate people about what wilderness means and how do we have to respect it.
But his distinctive connection with the Grizzly bears is actually a result of his incredible bond with his best mate, Brutus, a 800lbs bear. The two are knowing each other for many years, since the huge animal was just a months old cub.
Click to expand...

Back then, Casey found the helpless creature abandoned in the Alaskan mountains. Most likely the little bear lost its mom due to hunting. Without hesitating, Casey, who’ve always been an animal lover, took the cub to take care of him. Fortunately, for both of them, what it should have been a short period of time connection (until Brutus would have been ready to get back in the wild) turned into an inseparable friendship....

“This connection goes beyond just taking care of Brutus,” Casey told Oprah. “They’re very, very emotional animals… When he was a little baby, I was bottle-feeding him and I looked down in his eyes. He had a little tear in his eye. I just kind of chalked it up to [him] straining as he was sucking down the bottle. Several years later, Brutus got a bit of a bellyache. In his eyes, he had the same tear. At that moment, I realized that grizzly bears can feel the same emotions we do.”
Click to expand...

Rescued Koalas from Australia's Bushfires Devastation | Heartbreaking and Heartwarming - by SAVE PAWS:

Koalas are slow moving so can't get out of harm's way quickly enough. Kaola babies wait in burning trees, crying for their mothers. Not all kaola are lucky in the Australian bushfire. Some of them were rescued by Rescue Teams, Firefighters. Few lucky ones to catch a sudden rain to help it avoid the bushfire and get water to drink.
When they are rescued from the bushfire. All her paws were burnt. The koalas, who have burns on their paws, need treatment with burn cream before being wrapped in bandages. Once the bandages are on, cotton mittens are used to protect them.
Click to expand...

Verified
That Eagle story broke my heart. It was clear the eagle was not going to survive at 11:47 in the video. The beak just stood open after the feeding tube was removed. He does God's work with these beautiful raptors.

I couldn't watch the koala video tonight. I couldn't deal with it at all.

plat1098 said:
That Eagle story broke my heart. It was clear the eagle was not going to survive at 11:47 in the video. The beak just stood open after the feeding tube was removed. He does God's work with these beautiful raptors.

I couldn't watch the koala video tonight. I couldn't deal with it at all.

I thought it would survive... until they told me it didn't.

Some of us feel this stuff more than others..

It's heavy. Not surprised at all about the 'lifespan' of wildlife rehabilitators he referred to at the end.

And without joking at all -- I have to go get a drink.

Amateur photographer Steve Biro captured a stunning symmetrical image of a bald eagle flying over a pond with each wing dipping into the water and the reflection in the water completing a perfect oval-like shape as the raptor flew directly at him.
Biro took the photo during a photography session at the Canadian Raptor Conservancy in Ontario earlier this month, but he almost didn’t go because the day was cloudy.

“I was feeling blah about a three-hour drive each way but decided to suck it up and go anyway,” Biro told USA Today/For The Win Outdoors. “Then I ended up getting one of the best shots of my life.”
When he got there, Biro was excited to see the water was fairly calm, presenting an opportunity for a decent reflection shot....
Click to expand...

“I have many wonderful images from the visit but loved the symmetry of this one in particular. And the way he is staring right through me and looking mean and powerful just blew me away.” ...
Read more on ftw.usatoday.com: Stunning symmetrical bald eagle photo explained Prorootect said:
Why did I abandon the field of Information Security four years ago? Because it no longer exists in any form whatsoever. At least no form that can protect us.
- says John McAfee on Twitter, Jan 15 (January 15, 2020) (video to watch, responses to read):
https://twitter.com/i/web/status/1217463832521723908
...your phone is the spy. It watches you type before encryption and it reads as you read after decryption!! ...

Which video streaming services are worth it?