What is 5G? Everything you need to know

What is 5G?
5G networks are the next generation of mobile internet connectivity, offering faster speeds and more reliable connections on smartphones and other devices than ever before.

Combining cutting-edge network technology and the very latest research, 5G should offer connections that are multitudes faster than current connections, with average download speeds of around 1GBps expected to soon be the norm.

The networks will help power a huge rise in Internet of Things technology, providing the infrastructure needed to carry huge amounts of data, allowing for a smarter and more connected world.
With development well underway, 5G networks are expected to launch across the world by 2020, working alongside existing 3G and 4G technology to provide speedier connections that stay online no matter where you are.
Click to expand...

How fast will 5G be?

It’s still not exactly known how much faster 5G will be than 4G, as much of the technology is still under development.

That being said, the networks should provide a significant upgrade to current download and upload speeds - with the GSMA proposing minimum download speeds of around 1GBps.

Most estimates expect the average speed of 5G networks to reach 10Gb/s, and some even think transfer rates could reach a whopping 800Gb/s.
This would mean that users could download a full-length HD quality film in a matter of seconds, and that downloading and installing software upgrades would be completed much faster than today.
Click to expand...

Will I be able to get 5G networks on my phone?

Existing smartphones, tablet or other devices that were released when 4G networks were the standard may not be able to connect to 5G to begin with, or may incur extra costs to do so.
However following the 2020 deadline for the initial rollout, we should soon see devices coming with 5G connection as default.
Don't worry though - although 5G should represent a major step up from current 4G and 3G networks, the new technology won’t immediately replace its predecessor - at least, not to begin with.
Instead, 5G should link in with existing networks to ensure users never lose connection, with the older networks acting as back-up in areas not covered by the new 5G coverage.

Reactions: Jack, SpratAttack, DeepWeb and 5 others
A

3g...4g...and now 5g, nothing I can say about the new technology but still we don't know about any dangerous effects on our health of the previous protocols, and in spite of this, the power of the radio frequency increases more and more.
Reactions: Nevi, Weebarra, stefanos and 1 other person

Honestly 5G seems to have a lot of security holes. It also turned into a politic standoff between the US and China with the Huawei bans and scandals in the US and allied countries.

I honestly think 5G should be canceled altogether and focus be made on 6G, but this time with security in mind, and making infrastructures hardwares more regulated and softwares open-source to avoid any espionage allegation.
Reactions: Weebarra

I think 5G will use more battery
Reactions: jogs and Weebarra

I think we will see what this technology does and how this impacts humans. Currently we can only use personal opinion and assumption to think that this could kill us. At the moment there is not a whole lot we can go on yet.

The effects on people must be well measured, which they are not going to do. "We are victims of progress"
Reactions: Nevi, Burrito, simmerskool and 2 others

Hundreds of birds dead during 5G experiment in The Hague, The Netherlands - Europe Reloaded

Hundreds of birds dead during 5G experiment in The Hague, The Netherlands ERIN ELIZABETH About a week ago at The Hague, many birds died spontaneously, falling dead in a park. You likely haven’t heard a [...]
www.europereloaded.com

5G, with Chemtrails and the metals in the Air is genozide on any animal and the human race. Part of the New World Order to depopulate the human race to 500.000.000 for a better control.
Reactions: Weebarra and bribon77

I did post this video somewhere on mwt, but here i share it again
Some people just dont think how is important about health until you facing yourself or someone you care about seriously ill. My Grandma died at age 88 past year, and honesty we dont know exacty what cause it. But we just made assumption that she died because of cancer, we dont order CT scans due to her age,. and even we did, dont think she can survive through chemo because her age,. But till end we just care and support her at home and light her days with love and happiness.


Health is important, if anyone have power to do something about this 5G please do.
Reactions: bribon77 and Weebarra

Article update with more information regarding the health concerns: Study: Governments Should Be Testing 5G & Proving It’s Safe Before Exposing Humanity To It Last Thursday, Canadian Prime Minister Justin Trudeau stated that his government is relying on “national security experts” as it “weighs...
www.collective-evolution.com
Reactions: bribon77 and Weebarra

Please, research where 5G will NOT be allowed. Its eye opening. Seems like peoples like bill gates, Trump etc does not want "fast internet"? Because where they life, its not allowed to build 5g towers. 5G is a crime to the human race and any species. By the way. With the Chemtrails they spraying dayly on us with full of metals like aluminium as small as nano particles, now go figure out what aluminium does in a microwave. Its just common sense and logical thinking. 5G Towers are part for the New World Order. i dont go into details. They will kill 80/90% of the Humans race to about 500.000.000 for a better control in smart cities. Wake up before its to late. Be open minded and educate urself. The grovment is working AGAINST us and for the Elite. The Elite controls the grovment, Medien and big cooperations.
Last edited: Feb 14, 2019

what is 5g? everything you need to know:

5G Exposed – The hidden dangers of Smart Meters and 5G

You can’t use the new mobile technology without sacrificing the privacy you enjoy today.

You can get RF burns by being around 3 feet directly in front of an antenna for a few hours, if it's below you, it's no problem at all. When it comes to "dangers"... visible light has a shorter wavelength and higher frequency, we talk about microwaves in GHz when visible light is up there in THz, so if microwaves are dangerous, which they aren't because they aren't ionizing, then visible light is killing us all! Not forgetting that since the big bang this planet still emits microwaves, best bet is to go to another planet... oh wait, that'll kill you too

In a little more seriousness, visible light is WAY more powerful than microwaves (which is basic science) and all microwaves can do is heat things. The microwave you may have in your kitchen is 2.4GHz, all it can do is vibrate and heat things. So is your WiFi router heating you? Your router is maybe... 1W distributed around your house compared to a 1000W faraday cage. I'll let you do the rest.

The Frequency Wars have already begun, even before 5G. It's progressed well into areas of suppressed science at this point. Shielding largely doesn't work anymore unless you can create a total faraday cage, and that's not practical for a home, even with shielding paint like YShield. In addition, scalar waves can pass through almost anything.

To be completely honest, I carry a frequency broadcasting brief case that also projects scalar waves. I also surely have them in my home. Doing it correctly and in a way that can be accurately tested and scientifically proved is not cheap. The good part about scalar waves is while their range and penetration is substantial, local scalar waves tend to override more distance scalar waves. The body/cells do reach entrainment to frequencies, that much has been studied, so while they can broadcast frequencies to disrupt mitochondrial function, it is possible to broadcast frequencies that are more localized that enhance mitochondrial function. (as one example)

Entrainment frequencies are coming through virtually anything that can carry a current these days. The general, and most common entrainment frequencies are measurable, and quantifiable for those that care to investigate. They generally resonate with Fear/Despondancy/Loathing/Apathy. I don't think most people can grasp, or even want to grasp the full scale of the war against humanity with these control and soft-kill technologies.

Eat a good diet. Keep hydrated with purified then re-mineralized water. Take good supplements. Reduce body cortisol levels. Consume AMPK activator substances. Raise your pre-pulse-inhibitor by consuming Emodin/Emodin containing food/spices. Then you are more resilient to such things. Sadly, most people, at least in America, are going to be victims due to ignorance and/or lack of discernment.
Reactions: AtlBo and LoLs 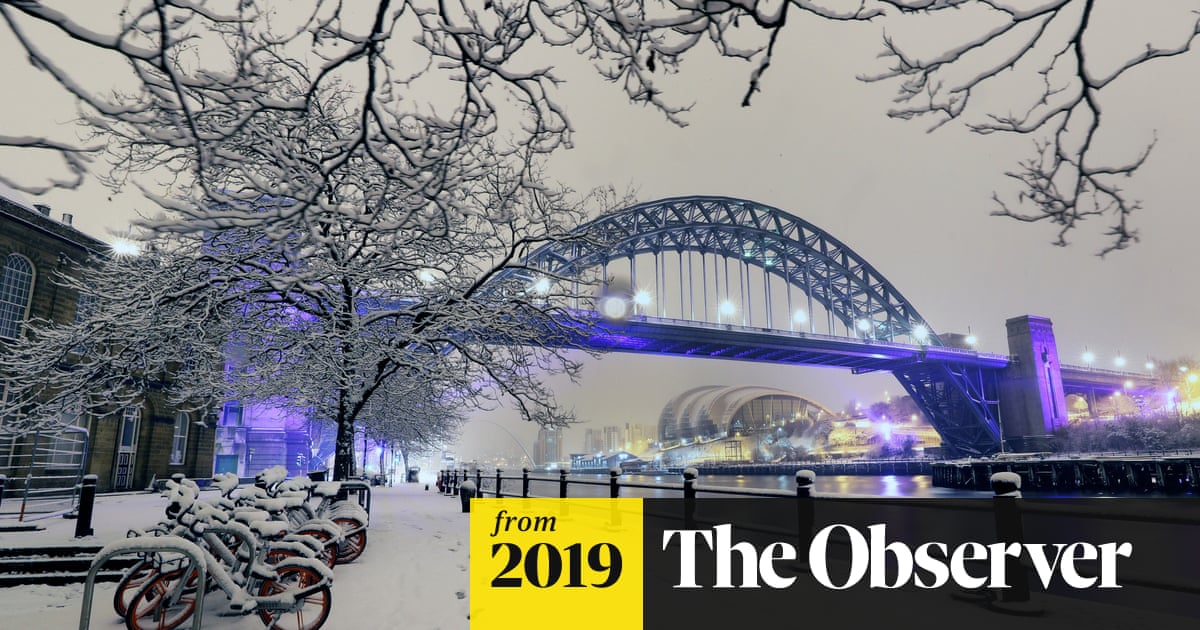 5G signal could jam satellites that help with weather forecasting

But this is really what should concern anyone reading that article;

The problem is that some 5G phone networks may transmit near a frequency similar to that emitted by water vapour, and so would produce a signal that looks very like its presence in the atmosphere.
Click to expand...

So what's that going to do with the vapor around humans? Sweat? How about the low level water
Reactions: AtlBo, harlan4096 and Handsome Recluse

Slyguy said:
So what's that going to do with the vapor around humans? Sweat? How about the low level water
Click to expand...

I assume they cannot. However, if it is impacting vapor in general, that is the frequency of water vapor itself, it's not about what the satellite can detect, rather what 5G will be screwing with. This won't end well.

Slyguy said:
rather what 5G will be screwing with.
Click to expand...

Are you saying that this can screw more than satellites?
You must log in or register to reply here.