Update Zemana Anti Malware 3.0 Coming in the next few months...

Well they did say "months" in their response to the OP , but in all seriousness I don't think there hasn't been any news since. I honestly do wish the absolute best for Zemana, I really do, but until I see something tangible (an actual release), to me its just smoke and mirrors at this point. They have been promising releases and have always been saying it will be released soon, it will be released soon, that at this point I don't think anyone believes them. I do think everyone wants them to succeed, but this is what happens when you don't come outright and be honest and truthful to your customers. I know it may seem embarrassing to admit failures, or major issues, but as in real life, people respect you more for being honest then trying to pull the wool over people's eyes.
E

Can someone ask them whether they fixed the vulnerable IOCTL in zam32/64.sys?

The vulnerability was present because anyone could connect as a user-mode client to the Filesystem Mini-Filter's communication port - and the clients to the communication port were then treated as "trusted" to abuse the IOCTL implementation to do something like open a handle to a privileged process (e.g. administrative rights or under the NT Authority Account with SYSTEM rights) which could be abused for privilege escalation.

Verified
They are still sticking to their original commitment i.e. 'Coming in next few months'. You will hear the same thing next few months and next few years .

Verified
I don't think there's even gonna be an update at this rate tbh, hope there is one.

Verified
Content Creator
Coming in the next few months..... but which year? :X3:
C

Verified
Guys the fact is that they want to directly switch to v4.0, that's why 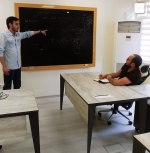 Verified
Let's hope this really is the right time!

Verified
I got the "... in some months" response some months ago and I like Zemana, but this is getting ridiculous. Oh well, don't need 'em anyway!

Verified
Doubt you'll see any updates this month. However Zemana's free on demand scanner product is still viable to use as there detection seems to be updated via the cloud.

LDogg said:
... as there detection seems to be updated via the cloud.
~LDogg
Click to expand...

Zemana is a waste of time IMO. When my little test showed how their cloud system works - a series of distributed random PC's sitting in apartments spread across the world I died a little inside. BUT the fact I could see the exposed WAN IP on those devices, along with intimate details of each device I died even more inside.

I am still a believer ... Good things happen in time!

Check your inboxes.Just received a notification to download the 3.0 beta.
N

Hi, I tried to install it on a productive machine and I have the following error. Best regards.

Lobito Punky said:
I tried to install it on a productive machine and I have the following error.
Click to expand...

Big mistake... it is a beta.
You must log in or register to reply here.