The Mercury Research CPU market share results are in for the first quarter of 2022, and the results are somewhat dire — Dean McCarron from Mercury reports that aside from IoT/SoC, all segments of the x86 processor market declined during the quarter. Desktop PCs suffered the most as units declined by 30%, the largest quarterly drop in history. That's an incredible reversal after two years of component shortages that kept many PC builders on the sidelines.

Surprisingly, AMD managed to carve out significant wins during the tumultuous quarter and has now, once again, set a new record high x86 market share of 27.7%, an incredible increase of seven percentage points over last year.

AMD continued to take big strides in the mobile/laptop market as it set another record for unit share in that segment with 22.5%. AMD also gained in the server market for the 12th consecutive quarter, reaching 11.6% of the market.
Click to expand... 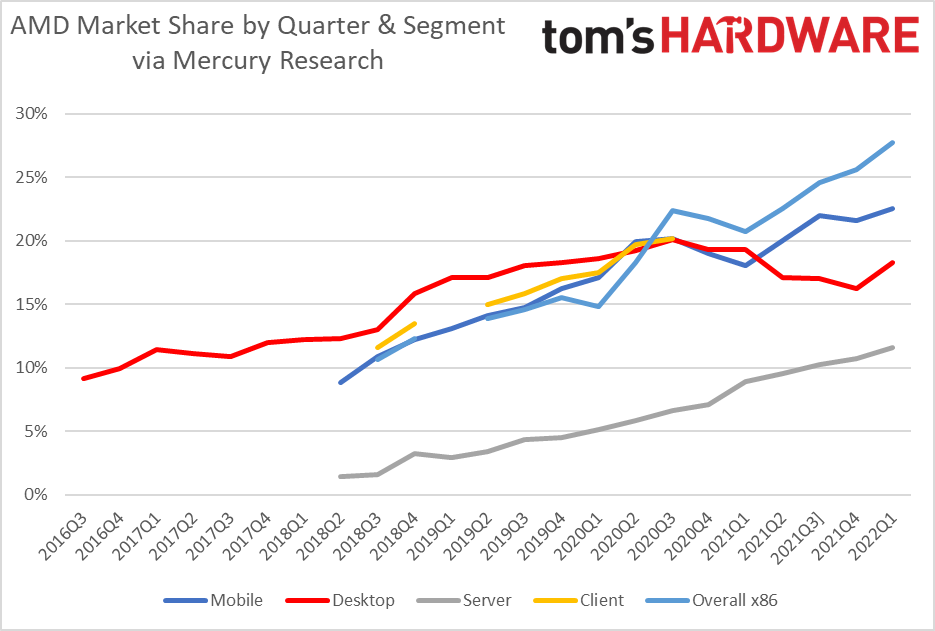 www.tomshardware.com
Reactions: Gandalf_The_Grey, Virtuoso, Deletedmessiah and 2 others
You must log in or register to reply here.