Microsoft recently added a Sidebar to its Edge browser. The feature provides quick access to websites and tools without requiring you to navigate to a new tab or window. At first, I thought that the feature was redundant. After all, it's not that difficult to switch tabs or open another window. But after using it for a week, I've been converted.

The Sidebar made its way to Edge in September 2022. You have to be on a relatively new version of the browser to use the feature, though I don't think it requires the absolute latest update anymore. If you're running the latest version of Edge and don't see the Sidebar, follow these steps:
You can press CTRL+SHIFT+/ to quickly hide or display the Sidebar. Doing so enables the feature on all instances of Edge. You can also hide the Sidebar by clicking the arrow in the lower right-hand corner of Edge.

It's all fine and dandy that you can bring the Sidebar up, but what can you actually do with it? The Sidebar is a panel on the right-side of Edge that houses tools, shortcuts, and websites. By default, it includes Apps for search, discover, tools, games, Microsoft Office, and Outlook. You can toggle any of these on or off. Some of them, such as tools, allow further customization.

When I write news articles, I often have to convert units, so I have the tools app in the Sidebar show a calculator and a unit converter. The tools app also has a translator, dictionary, and world clock.

The Office app in the Sidebar shows your recent documents and shortcuts to create a Word, Excel, or PowerPoint document. Outlook, as you'd expect, shows your emails, calendar, contacts, and to do list. It's basically the mobile version of Outlook, just housed within a panel.

If you aren't completely in the Microsoft ecosystem, the default apps within the Sidebar won't be that useful. Thankfully, you can pin any site you'd like in the panel. You can swap between the mobile and desktop versions of most webpages, though I've run into some that don't support switching, such as the mobile version of Gmail.

Since the Side Panel has a tall aspect ratio (and doesn't support resizing), most sites look better in their respective mobile versions. This is handy for browsing through emails, grabbing some text from one document to place in another, and a number of other scenarios. It's also useful for checking to make sure the mobile versions of articles on Windows Central look good, though that's a rather niche use case.

The best part about the Sidebar is that you can place any site within it. If you use WhatsApp, you can pop WhatsApp Web into the panel (though you have to switch it to desktop mode, which can be awkward). If you want to have a walkthrough for a game alongside your main browser window, no problem.

Microsoft Edge's Sidebar feels like a mobile phone I can bring up with a keyboard shortcut. It also houses handy tools and websites I can get to with a click. It's versatile, easy to use, and adds functionality to Edge. It does, however, have some shortcomings.

The Sidebar also doesn't seem to support extensions. That's somewhat expected, considering that many sites within it will run in their mobile versions, but you can't even use extension on desktop sites within the panel.

It also has some small bugs, like the customize Sidebar panel remaining if you hide the Sidebar with a keyboard shortcut.

The Sidebar only launched a couple of months ago, so I expect it to get better over time. It's already quite useful and I recommend it to anyone who uses Edge.
Click to expand... 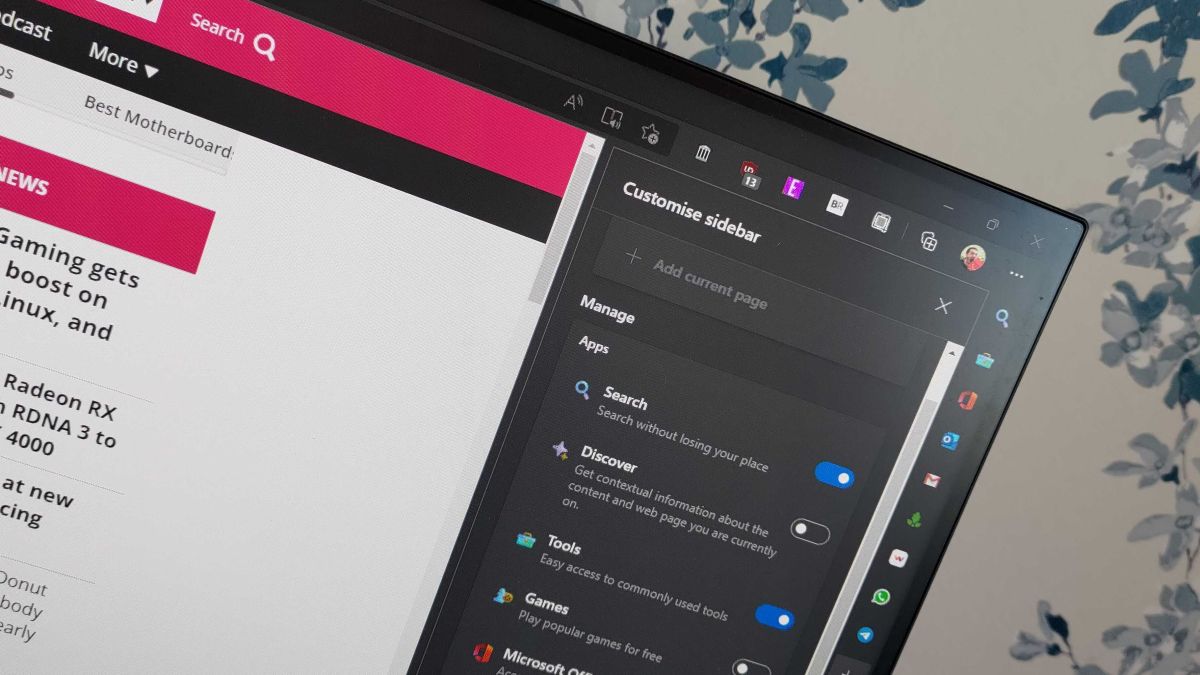 Edge's Sidebar is like a mobile phone you can bring up with a keyboard shortcut.

It was literally slammed in your face after the latest updates so it is pretty unlikely that someone 'never heard of it'.
As for the 'best browser feature', to each his own I guess..
Reactions: enaph, Stopspying, brambedkar59 and 1 other person

Microsoft Edge’s feature to share files between Windows 11, Mac, Android is getting even better