Menu
Install the app
You are using an out of date browser. It may not display this or other websites correctly.
You should upgrade or use an alternative browser.
T

F-Secure is also using full Avira SDK including its cloud. I haven't tried BullGuard since the switch from Bitdefender so don't know if there's any difference.
Reactions: roger_m, Cortex and Andrew999
T

SeriousHoax said:
F-Secure is also using full Avira SDK including its cloud. I haven't tried BullGuard since the switch from Bitdefender so don't know if there's any difference.
Click to expand...

The cloud works only after running a file
Is not verified manually scan
Reactions: Cortex and SeriousHoax

tiktoshi said:
The cloud works only after running a file
Is not verified manually scan
Click to expand...

You mean F-Secure don't do that for manual scan but BullGuard does like Avira's own product?
Reactions: Cortex and ForgottenSeer 89360
T


F-Secure BullGuard does not have manual scanning of cloud files I have tried them both before
Reactions: roger_m, amico81, Cortex and 1 other person
X

fabiobr said:
And I don't believe that Norton will sell a "free Norton product", I think free products will be only on Avira trademark.

They will let Norton being the "premium" product.
Click to expand...

tiktoshi said:
Avira will continue to develop technologies
Because BullGuard has recently used Avira solutions, including both engine and cloud
Of course, BullGuard changed the engine. This means that the decision is not random. She had previous news of NortonLifeLock to Acquire Avira
.
Click to expand...

Yes, it's likely Investcorp was in advanced talks with Norton when BullGuard signed the deal. BullGuard has most likely done the due diligence, and there are contractual obligations that cannot easily be overturned, so we're going to see Avira around for a while.
Reactions: tiktoshi and Cortex

Norton have been doing a fair (lots) amount of advertising on UK mainstream TV recently, they've really been pushing the product & the brand.
Reactions: Silbee, roger_m, Andrew999 and 5 others
A

I hoped that an EU-based company aquires Avira because we have many companies such as F-Secure which are doing a great job.

Looking at the history I would never use Norton myself. After the SolarWinds mess, I would never trust an American company with my data and my privacy.

I do not care if a government like the US gov. has access to my data, the problem is that such companies create backdoor and then that back door gets hacked and my data will be sold in darkweb.

From my point of view .. this is a bad news.
Reactions: Silbee, starsfighter, Andrew999 and 8 others
X

Cortex said:
Norton have been doing a fair (lots) amount of advertising on UK mainstream TV recently, they've really been pushing the product & the brand.
Click to expand...

They've been doing 75% off where I live, and still aren't getting heads to turn.
Reactions: Cortex, Nevi, oldschool and 1 other person

XLR8R said:
I said "if it was up to me", which it isn't. You seem hurt by these statements, looks like you have some proximity to Norton (especially going by the first line). Why would you buy (or sell) parts of a company (which is, actually, more taxing process "on the bench") rather than buy it outright (at discount)? The basic principle of business is buy more, get more discount - and the only time that doesn't work is that you really do not see value in some portions, even if they gave it to you for next to nothing.

Anyway, these things do not matter to me. I have seen Norton go into decline over the last 20 years, and though NLL has some leverage now, they need to play their cards right, and dependency on Symantec would be the wrong call for the company going forward. I am allowed to have an opinion, thank you.
Click to expand...

As far as I know, Broadcom did try to buy everything on Symantec, Norton included.

But some investment sites said that Symantec/Norton find the price offered for Norton too low and didn't accept it, so they choose to split off.
Reactions: Cortex, roger_m, ForgottenSeer 89360 and 2 others
X

fabiobr said:
price offered for Norton too low and didn't accept it, so they choose to split off.
Click to expand...

Still means that Norton's brand could not give it any decent value in the eyes of Broadcom, which supports my statements that the brand is not as valued as Symantec/Norton thinks it is.
Reactions: Cortex, venustus and Nevi

If it will really happen, maybe we'll expect an "Norton Antivirus Free" edition )
Reactions: Cortex, roger_m, Nevi and 3 others
X

They'll probably do a dual-brand strategy, "Avira by Norton", and Norton with Avira tech (+ extra goodies?).

Some important things:
1. Currently Norton rebrands Iolo System Mechanic for it's Norton Utilities lineup. They'll no longer need to.
2. They now have a full-stack, top tier AV engine with cloud and machine learning capabilities. Better to bring a product from 70 to 100 than to start from zero.
3. They may continue to keep SONAR + Symantec cloud as a Norton-only feature, so Avira will be....well, Avira, and Norton will be, well, Symantec + Avira.

These are just short term things, we obviously expect better things in 3 to 4 years.
Reactions: Cortex, roger_m, Ville and 4 others

Nothing too special....
Reactions: Cortex, Divine_Barakah, Nevi and 9 others

It was not a surprise for me to sell Avira, It had been showing for years that I didn’t want to fight in the AV market anymore, look at their interface, thousands of users for years asked for a new, modern and responsive interface, they kept quiet and stayed for that very reason, what about Luke Filewalker? I remember once an ex-employee of them saying that it was Avira's cancer, but that the team cared little about that problem, because it would take work to "disappear" with him, because the program code was complex, old ( confused) and kind of had to redo it from scratch almost creating a new antivirus, that was very disheartening for the team, who knew that the AV would remain stagnant due to the lack of vision of the owners, stuck to a backward interface and with codes of 10 years ago without updating, because people up there did not want to have expenses and headaches with a radical change, because they taught that the program was good enough to continue like this, with time the path was clear, if they put the sale on, the insistence on the mistake of thinking that everything was fine and the non-modernization of the program was expensive.

My surprise was that Norton bought it, it makes me think that they had been trying for a long time to find a way to add new possibilities / technologies to Norton, since they already have a good customer base, a super light AV, good signatures, an excellent BB, firewall etc, in short .. A solid AV. Finally, I hope that Norton makes good use of Avira technologies, if it knows how to unite the two forces (yellow side and red umbrellas) it will be another level.
Reactions: Cortex, Reiner, ForgottenSeer 89360 and 9 others
S

Nothing interesting... Site under maintenance.
https://www.avira.com 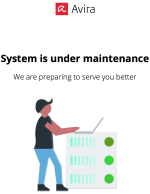 Reactions: Cortex, roger_m, venustus and 2 others 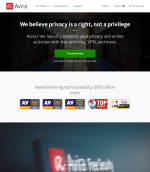 I'm getting a lot of 502 Bad Gateway for their other links.
Reactions: Cortex and venustus
F

The acquisition hasn’t even started yet, this has nothing to do with Norton.

Antivirus software with same commitment to independence as Avira (pre-Norton) ?

NortonLifeLock to Buy Avast for as Much as $8.6 Billion

Microsoft is reportedly acquiring cybersecurity firm RiskIQ for over $500 million