StartAllBack has been updated to 3.0, you may remember this program by the name StartIsBack, well according to the developer it now has a new name and a new focus for Windows 11 UI shortcomings that are plaguing early adopters. Namely: the stubborn taskbar, slow File Explorer with cut context menus and the "quite cringe start menu" (their words, not ours).

So what does it do? StartAllBack restores taskbar from Windows 10, adopted with Windows 11 features and look. It restores the File Explorer UI and context menus, improved with Mica and Acrylic effects, as well as the classic start menu derived from Windows 7. That last point is the kicker, this app appears to mostly emulate the Windows 7 Start menu. So if you are looking for an app to restore the Windows 10 Start menu in Windows 11, this is not for you.

Here is the changelog:
StartAllBack costs $4.99, or $1.50 if you are upgrading from StartIsBack. The app is also included in the Rectify 11 project, which aims to provide Windows 11 clean installs with some visual fixes, as well as including StartAllBack as the default Start menu.

We have five licenses of StartAllBack to give away, all you have to do is ensure that you follow @NeowinFeed on Twitter and retweet the above tweet that we've embedded, alternatively if you are blocking javascript, here's a link to it. We'll be using the Tweet to draw winners sometime next week!
Click to expand... 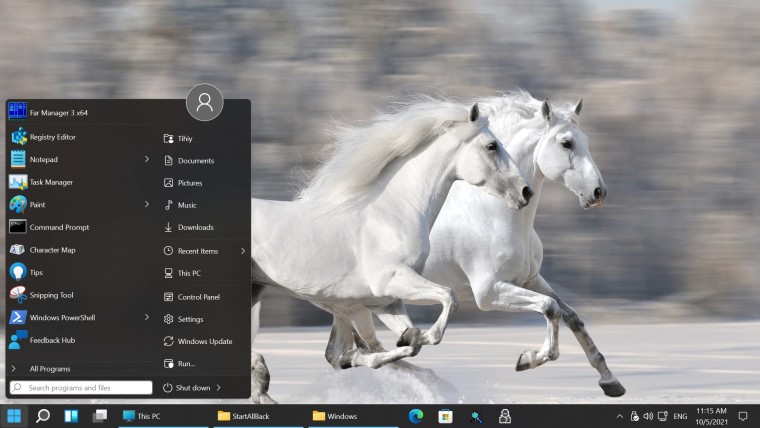 Previously known as StartIsBack, the new StartAllBack app aims to restore the Windows 11 taskbar to usefulness, swap the Start menu for the Windows 7 one, fix File Explorer and more.

You can now enable Windows 11 design in Google Chrome 96