For this price, you are getting an Intel Atom-powered Windows 10 Pro mini PC. Don't be fooled by the CPU family being an Atom as this is a capable quad-core chip in the form of the Atom x7-E3950 that boosts up to 2GHz. The on-board Intel HD 505 graphics comes with 18 Execution Units (EUs) and hence it should be capable of playing lighter games fairly easily.

The GPU also supports hardware decoding of most of the modern-day video formats like HEVC, H.264, among others. Only AV1 is missing but that is only present in 10th Gen Intel chips and newer. However, the CPU itself is more than capable of playing back most AV1 content too except perhaps the most demanding ones like those at 4K. Intel Quick Sync video is also present on the Atom x7-E3950.

The AL34 comes with 8GB of DDR4 memory which should be plenty for a mini PC like this, a 128GB SSD and the storage can be upgraded. Both M.2 NVMe and SATA III options are present. The image below shows the I/O available on the mini PC. 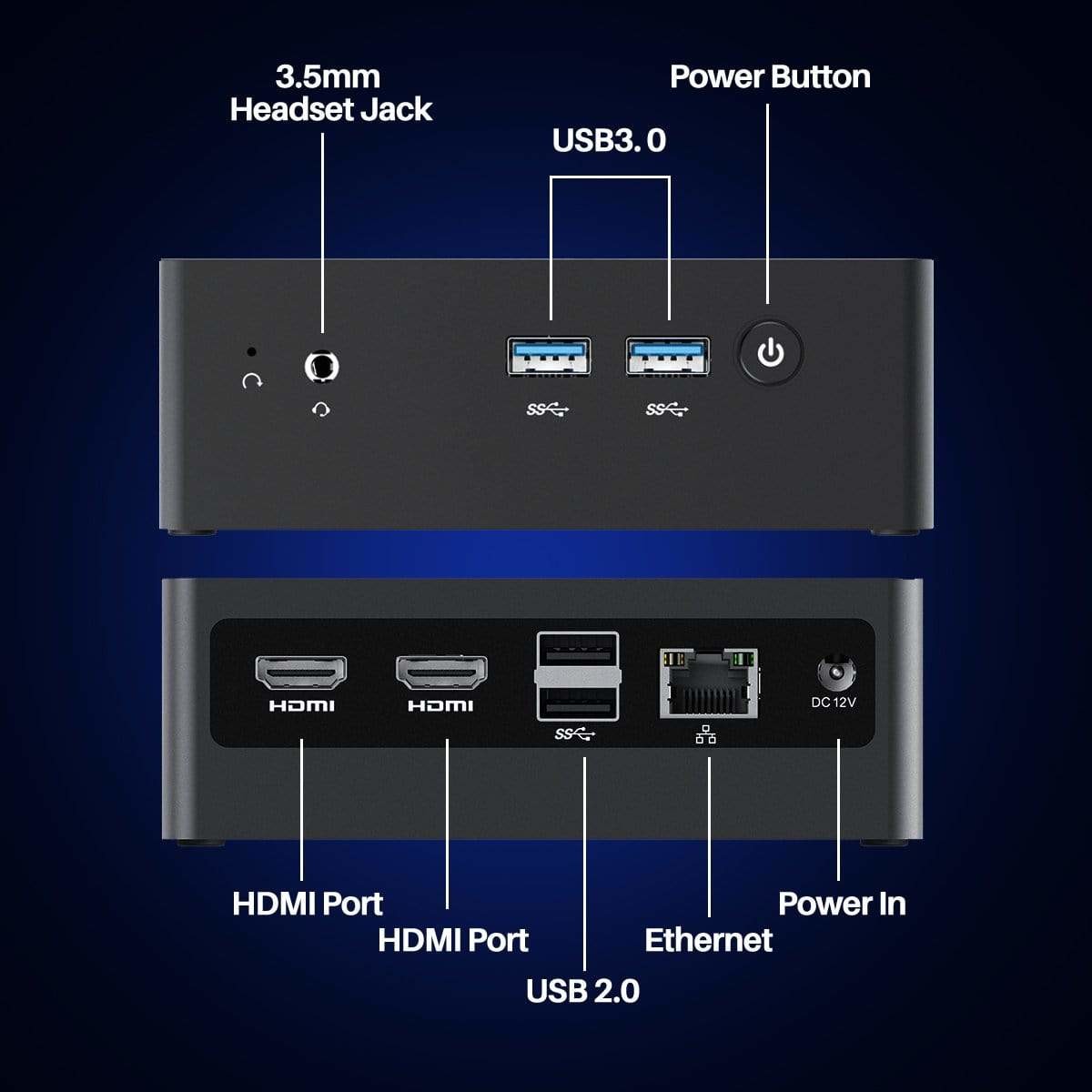 The PC has most of the goodies you'd expect like Bluetooth 4.2, Gigabit Ethernet, dual-band WiFi, HDMI 1.4, and more. If you're interested in the AWOW AL34 mini PC you can get it from the following link:

The deal is a limited-time offer so you should probably act fast.
Click to expand...

Speaking for myself, once you run an Intel i9 (or one of those upper level Ryzens), you are ruined for everything else. RUINED. (Unless I can get my grubby hands on anything higher in the future).

But the discounted price of 187 USD (before tax) makes you wonder:

a. Is it too good to be true?
b. What did I overpay on my machine? (Prob. everything lol)

Reactions: Tutman, CyberTech, Nevi and 4 others

plat1098 said:
But the discounted price of 187 USD (before tax) makes you wonder:

a. Is it too good to be true?
b. What did I overpay on my machine? (Prob. everything lol)
Click to expand...

It's billed as an entyr-level machine but the reviews are good. One reviewer said the processor is not the same performance of years ago. It also has good HD graphics. Good basic PC but definitely not for gaming.

One Amazon review said it's not Windows 11 ready but that review may be for a different version sold previously.
Reactions: Tutman, Nevi, The_King and 2 others

oldschool said:
One Amazon review said it's not Windows 11 ready but that review may be for a different version sold previously.
Click to expand...

The article says it contains an Atom x7-E3950. I looked at this list here and you're right, it's not Windows 11 compliant. Ouch!

But for under 2 hundred bucks, not bad for basic browsing and light tasks for the next 3.5 years, right?
Reactions: Tutman, Nevi, The_King and 3 others
R

That's not a big deal, as you can install Windows 11 on unsupported hardware.
Reactions: Tutman, Pat MacKnife, plat1098 and 2 others

roger_m said:
That's not a big deal, as you can install Windows 11 on unsupported hardware.
Click to expand...

I thought about going down that rabbit hole and trying out windows 11 with the bypass script on my orphaned PC's (Thanks Microsoft! ) But figured eventually it would scream about it and not do the updates.
Reactions: plat1098 and roger_m