Strangely, Microsoft is very quiet regarding what is fixed in the Windows 11 KB5008215 update.

"This update contains miscellaneous security improvements to internal OS functionality. No additional issues were documented for this release," reads the KB5008215 support bulletin.

However, the preview update released last month included the following fixes, which are likely in this update.
Microsoft also states that they made changes to the servicing stack to resolve bugs or issues preventing Windows updates from properly being installed.
Click to expand...

Version cleaning in file history does not work, and gives an element not found error (credit u/Morku90). This particular issue has been reported in the Feedback Hub many times to no avail.
Click to expand... 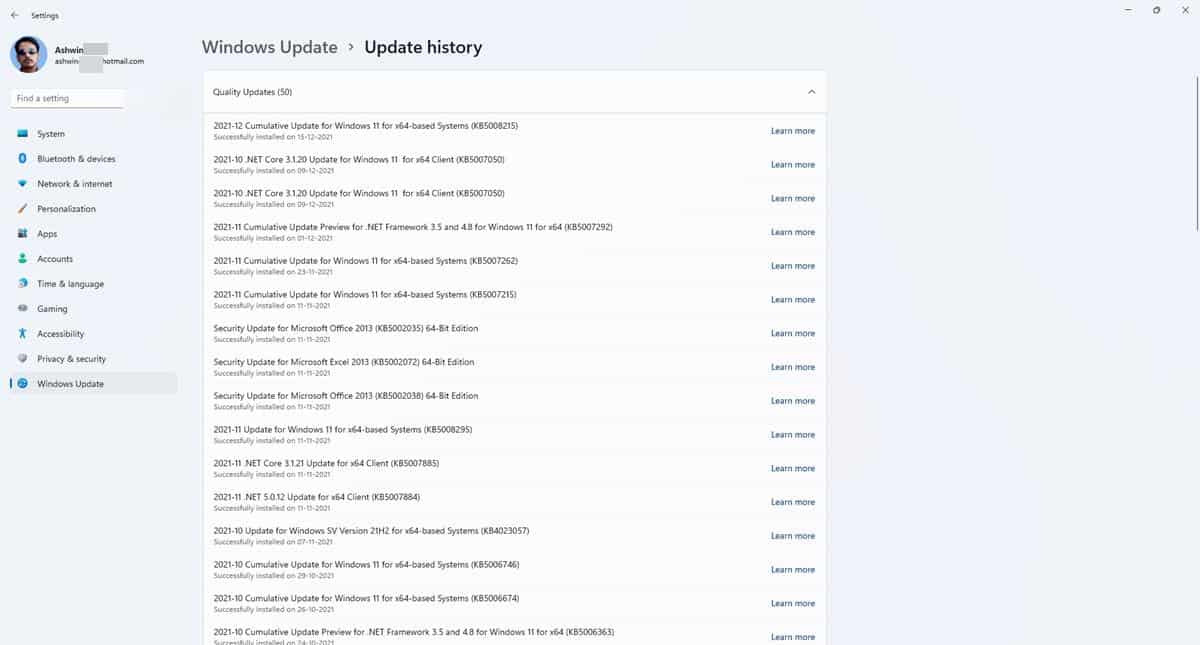 Windows Update KB5008215 Update is now available for Windows 11. Here are the new features, and fixes included in the patch.
www.ghacks.net
Reactions: CyberTech, amirr, Gandalf_The_Grey and 3 others