plat1098 said:
View attachment 180038
Same Rainmeter Glasses suite and ObjectDock, which isn't supported on Windows 10, so you can't plop anything modern on there. So Settings, Edge, etc are on the otherwise hidden taskbar, like always.
Click to expand...

A simple desktop is a good one
The cat is staring at the dock icon!

My XWidget Desktop for February Well, unfortunately, after a recent Windows 10 update, I unloaded Stardock ObjectDock because a number of apps like Settings, Store, Photos, etc. were landing on one tray for some reason and showing up as black thumbnails. Does anyone use Winstep Nexus? This does support Windows 10 but for me, very complicated. It took over 1 hour to figure out how to set up this little dock, which does launch Edge (little purple IE). I had to watch the themes because some of them were using constant low level CPU. This is also going to replace Rainmeter eventually. It's quite amazing, I think. If anyone has experiences with Winstep Nexus, I'd sure like to hear them. Edit: After tweaking and adjusting (the paid version is a little overwhelming but there's a free version), a picture of desktop with a Unigine image and a transparent dock. Verified
Is not RocketDock useless? Next time I would like to choose wallpapers of beautiful photos that will be admired by you. Thank you 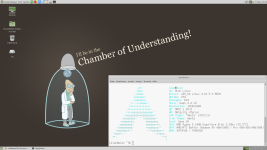 Nothing special but i use Wallpaper Engine

Verified
This is the wallpaper from my profile page, bing's kind of protective about their wallpapers so this is the only way I can display it. 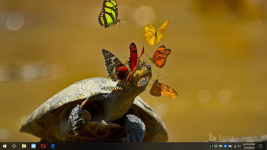