Mozilla plans to launch several improvements to the PDF reader of the organization's Firefox web browser when the browser hits version 81 later this year. Besides design changes that bring the interface closer to the Photo-style of Firefox, it is form filling and support for layers that Firefox users can look forward to.

Firefox 81 will be released on September 22, 2020 according to the Firefox release schedule.

Users may furthermore notice a lack of textures, unnecessary shadows and gradients, and that some animations have been removed to make the page lighter, load faster, and streamline the interface.

The following two screenshots show the new PDF viewer in the new light and dark design. 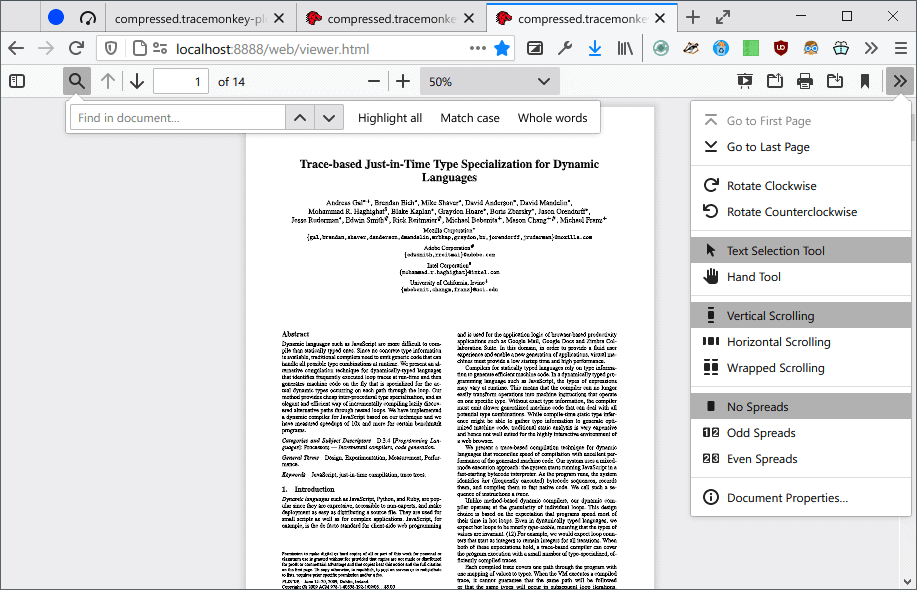 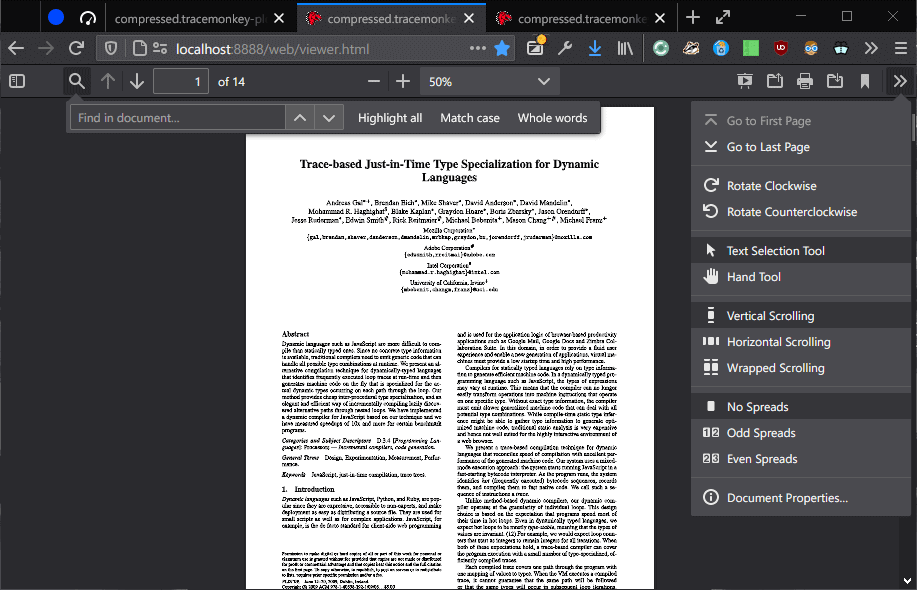 Firefox's native PDF viewer has been a reader application up to this point; users could load PDF documents in Firefox to read them right in the browser but there were no options to fill out forms using the component.

Mozilla plans to introduce form filling support in Firefox 81. Firefox users may use the new functionality to fill out forms in PDF documents and to save or print the edited documents. Firefox 81 will support AcroForm by default and maybe also XFA-forms, but the latter is not clear yet and depends on how development of the feature progresses in the coming weeks. It is possible that the functionality is postponed and will be introduced in future versions of the browser.

Firefox's PDF reader will support layers as well when the browser hits version 81. Lack of support of layers in the native PDF viewer could result in PDF document display issues as content that should not be visible would be visible in the Firefox PDF viewer.

Mozilla plans to launch several improvements to the PDF reader of the organization's Firefox web browser when the browser hits version 81 later this year.
www.ghacks.net
Reactions: upnorth, Protomartyr, CyberTech and 7 others
V

Finally after 10 years, people can ditch Acrobat Pro and use Firefox to save up license costs.
Reactions: upnorth, Protomartyr, CyberTech and 4 others
S

Vasudev said:
Finally after 10 years, people can ditch Acrobat Pro and use Firefox to save up license costs.
Click to expand...

Microsoft has had this since 2015 with legacy and new Edge.

Spawn said:
Microsoft has had this since 2015 with legacy and new Edge.

If you use Windows then you can. I usually use Linux for work so Edge wasn't available on Linux.
Reactions: Protomartyr