At today's GTC conference keynote, Nvidia announced that its H100 Tensor Core GPU is in full production and that tech partners such as Dell, Lenovo, Cisco, Atos, Fujitsu, GIGABYTE, Hewlett-Packard Enterprise, and Supermicro will begin shipping products built around the H100 next month.

The H100, part of the "Hopper" architecture, is the most powerful AI-focused GPU Nvidia has ever made, surpassing its previous high-end chip, the A100. The H100 includes 80 billion transistors and a special "Transformer Engine" to accelerate machine learning tasks. It also supports Nvidia NVLink, which links GPUs together to multiply performance. 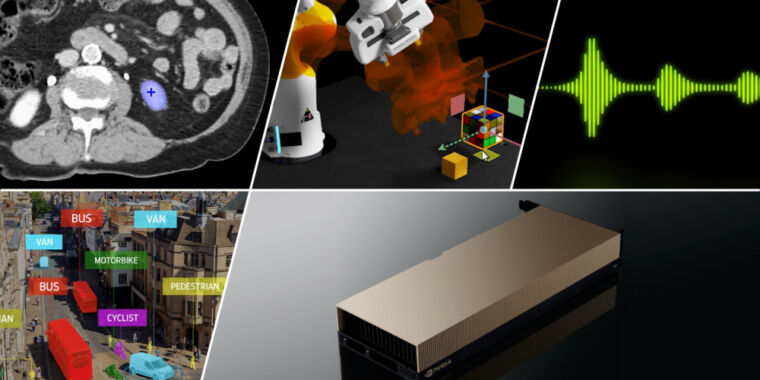 arstechnica.com
Reactions: show-Zi, plat, Nevi and 3 others
You must log in or register to reply here.